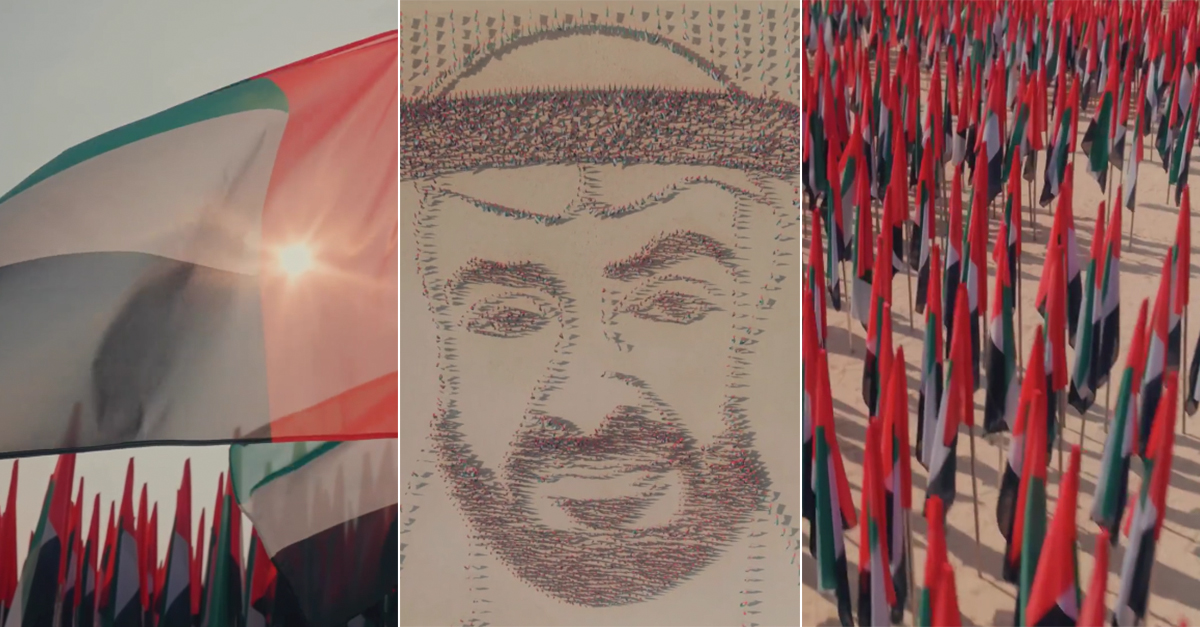 UAE Flag Day was launched in 2013 by Sheikh Mohammed to honour the country’s past, present and future…

The video shows hundreds of flags on Kite Beach in Dubai as a drone zig-zags in between before displaying the iconic Dubai landmark – Burj Al Arab. The drone then soars into the air to show the UAE flags forming the face of UAE President, HH Sheikh Mohamed bin Zayed Al Nahyan. In the background, we hear the UAE National anthem.

On his official Twitter account, Sheikh Hamdan tweeted, ‘The UAE flag rises with pride, narrating the story of a wise leadership and a nation that achieves the impossible. Today, and every day, we unite to raise our flag, our symbol of pride and determination.’

UAE Flag Day marks the anniversary of HH Sheikh Khalifa bin Zayed Al Nahyan becoming the President of the UAE in 2004. The national campaign was launched in 2013 by Sheikh Mohammed to honour the country’s past, present and future.

On the day, the UAE flag is displayed proudly all over the country – outside ministries and government buildings, shopping malls, people’s houses and cars and so on.

What do the UAE flag colours mean?

The UAE flag is made up of four colours – red, green, white and black.

According to an official guide: Red symbolises the sacrifices of previous generations who laid the foundations for the union. Green symbolises growth, prosperity and cultural renaissance. White displays the nation’s charitable contributions and support for security and peace in the world. Black reflects the strength of Emiratis and their rejection of injustice and extremism.