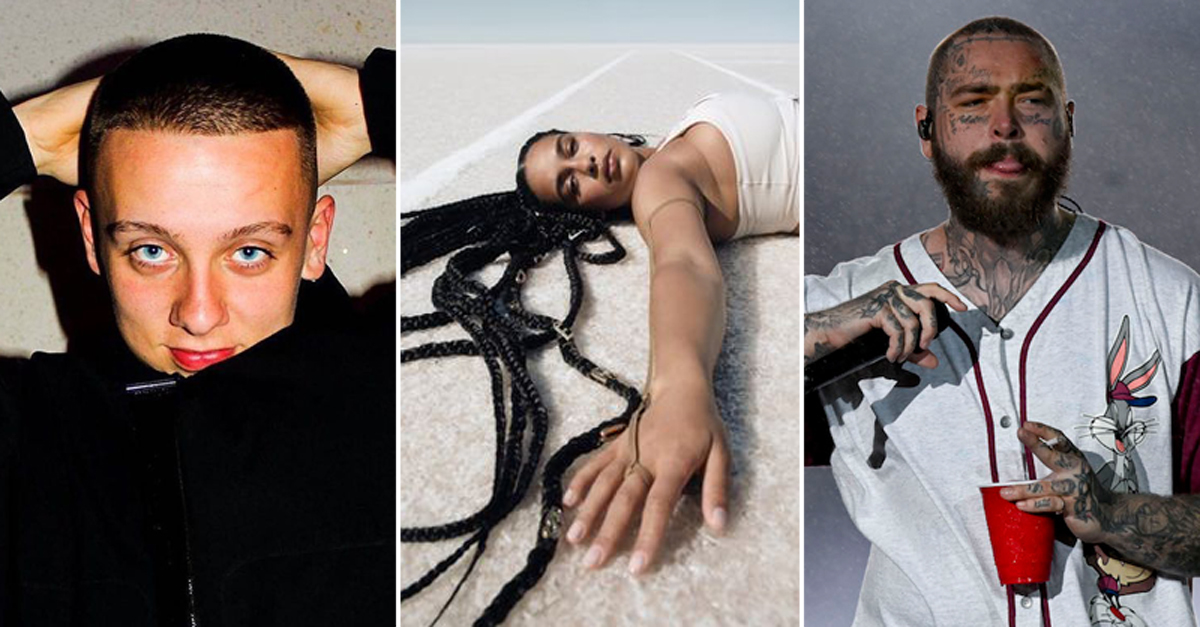 There is an incredible line up of artists heading to the UAE as football fever sweeps the emirates for the World Cup, which is taking place in neighbouring Qatar from November 20 to December 18. Whether they’re performing at a fan zone, arena or as part of a festival that happens to co-inside with the huge sporting event, read on for all the artists already confirmed to perform in the UAE during the World Cup.

The Press Play festival at Ibn Battuta is bringing 18 incredible artists to Dubai for a a fan zone extravaganza. AJ Tracey, known for hits like Ladbroke Grove, Thiago Silva, and Butterflies, is among them, and will perform on Saturday December 3.

The artist known for his famously controversial track Doja is one of the headlining artists for Sole DXB, which happens to take place during the same time as the World Cup. Central Cee will be performing at Sole DXB on Saturday December 10 ,so your weekends will be booked back to back with rappers.

This Grime MC is another huge name that forms part of the Press Play fan zone line up. Jme has worked alongside some of the greats, such as Giggs on tracks like Man Don’t Care and also Tinie Tempah and Stormzy on the track Been The Man. He is heading to Dubai on Friday November 25.

Having been to Dubai a few times. Jorja Smith is back and will be headlining Sole DXB on Sunday December 11. If you’re not familiar with her, she is the musical genius behind tracks like Be Honest, Blue Lights and On My Mind.

At this point are you even shocked when I say that Press Play also arranged these artists? Duo Krept & Konan will be heading to Precision Football on Sunday December 4. The pair are the minds behind tracks like G Love, Freak of the Week and the song to announce their cafe: Crepes and Cones.

He’s the sweet Scotsman that we all know and love. His lyrics speak to us on an astronomical level. Lewis Capaldi will be heading to the Coca-Cola arena on Monday November 28. This will be his first show in Dubai, and of course you can expect track such as Someone You Loved, Before you go and his latest release Forget Me.

A famous face on the grime scene, Lethal Bizzle will also be heading to – you guessed it – Press Play on November 25. If you aren’t sure about who he is, Lethal Bizzle emerged as part of More Fire Crew and has since worked with the likes of Giggs, Jme, and Krept & Konan.

Posty, a tatted face that we know and love. He will be heading to the UAE Capital on Saturday December 3. The Rockstar that he is, will be performing at the Etihad Park on Yas Island. He is the genius behind so many incredible tracks such as I Like You, Sunflower, Circles and Congratulations.

Etihad Park, Yas Island, Sat Dec 3. Tickets via the via the ticketmaster.ae and virginmegastore.ae websites.

We can feel the love, can you feel it too. The British drum and base band who are the masterminds behind tracks like These Days, Waiting All Night and Free will be heading to Press Play on Tuesday November 29. They have worked with the likes of John Newman, Anne-Marie and Ed Sheeran.

The line up for the Press Play fan zone just keeps getting better and better. Yet another absolutely unmatched grime artist, Tion Wayne, will be hitting up the Press Play festival on Sunday December 4. He is the man behind tracks like I Dunno, Let’s Go, and Body.

Previous article6 fun things to do in Abu Dhabi this week: Nov 7 to 10
Next articleA skyscraping new Fairmont hotel to open in Dubai