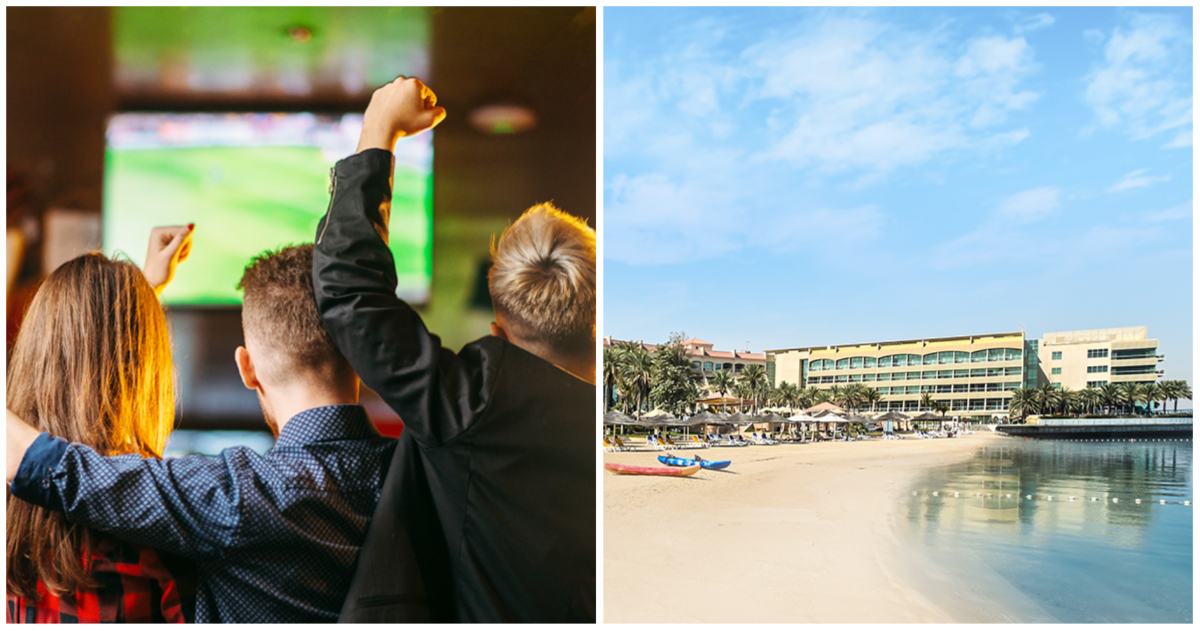 Sponsored: Back of the net…

Al Raha Beach Hotel is limbering up for the beautiful game’s biggest prize, the World Cup. The 2022 tournament will of course be kicking off just next door in Qatar on Sunday November 20. There’ll be no Haaland of course sadly (Norway didn’t qualify) but that leaves the Golden Boot open for the likes of Mbappe, Benzema, Kane, Messi, Neymar or anyone else that wants to step up and take their place in footballing history.

With it all happening so geographically close, this is the tournament’s first outing in the region, it feels like Abu Dhabi has taken its own World Cup celebrations into another league, and the festivities at Al Raha Beach Hotel will certainly be one of the city’s ‘Premier’ events.

The world in motion

Here you’ll find big screens showing every kick, header, save and speculative half-line volley with both indoor and alfresco seating to make the most of the UAE’s great outdoor season.

Who ate all the shawarma?

In addition to a solid team sheet of beer and beverage options, the fan village at Al Raha Beach Hotel will include a series of food stalls, adding to the festival atmosphere. Here you and the squad can choose to support sport snack MVPs such as hot dogs, sliders, tacos and of course — local casual cuisine G.O.A.T, the shawarma.

Entry is completely free, and to streamline the food and beverage service, a coupon system will be in place.

Win even if you’re losing

Whether your team’s journey is destined to end in tears or cheers, you can still be a winner off the pitch with Al Raha Beach Hotel’s daily competitions and exciting prices.

Previous articleWhich Abu Dhabi restaurants could be getting a Michelin Star?
Next articleThe latest Abu Dhabi entry rules for road and air: November 2022