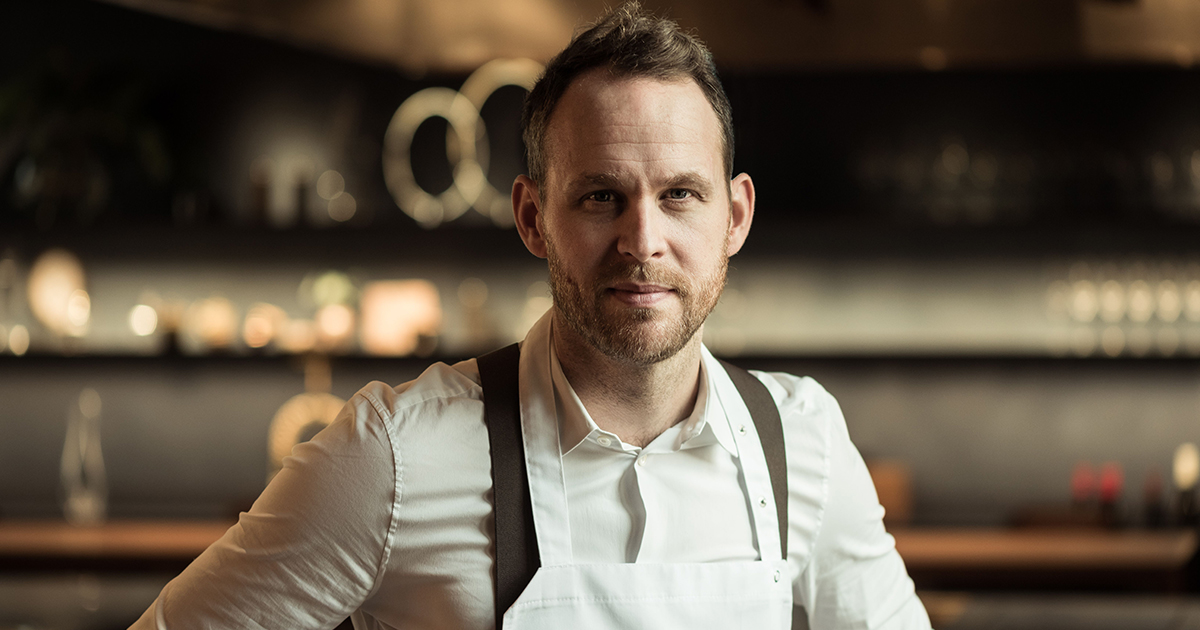 Could this be Dubai’s first three-Michelin starred restaurant?

Presenting two world-renowned restaurants inside one venue, the Nordic chef is set to open Studio Frantzén as well as a fine dining concept and the sibling to both three-Michelin star restaurants, Frantzén in Stockholm and Zén in Singapore.

The first concept, Studio Frantzén, will showcase the best of Chef Frantzén’s creative Nordic cuisine in a relaxed yet immersive setting, with “a service style that is always present, but never pretentious”.

Seating up to 220 guests, the restaurant will feature a lively bar, private dining area, intimate booths, as well as space at the kitchen counter for an intimate dining experience.

Set inside Studio Frantzén will be a more intimate, fine-dining restaurant, and a sibling of Stockholm’s famous three Michelin star concept, that currently ranks No.25 in The World’s 50 Best Restaurants list.

Upon arrival, guests are whisked up to an elegant rooftop orangery overlooking Dubai’s iconic skyline. There, the luxurious ingredients will be explained over an aperitif. Guests will then return to an intimate lobby dining room of just 25 seats for an outstanding meal of “Nordic informed by Japanese kaiseki sensibilities with a spritz of French technique”.

Chef Frantzén made his debut in Dubai with a pop-up at Palazzo Versace hotel, called Enigma, back in 2016. Following the arrival of Michelin to Dubai last year, he expressed his excitement to open his first permanent concept in the city:

“I cannot think of a better time to introduce our concepts to the region. We are both proud and excited to bring our gastronomy to the ever-evolving food scene of Dubai, and there is no better place for us to showcase our immersive dining experience than the culinary destination, Atlantis Dubai”.

Can’t wait? Neither can we.

Up the road, Atlantis The Royal (opening Q1 2023) will also be a home to a whopping 17 restaurants – eight of which are also by world-class celebrity chefs.