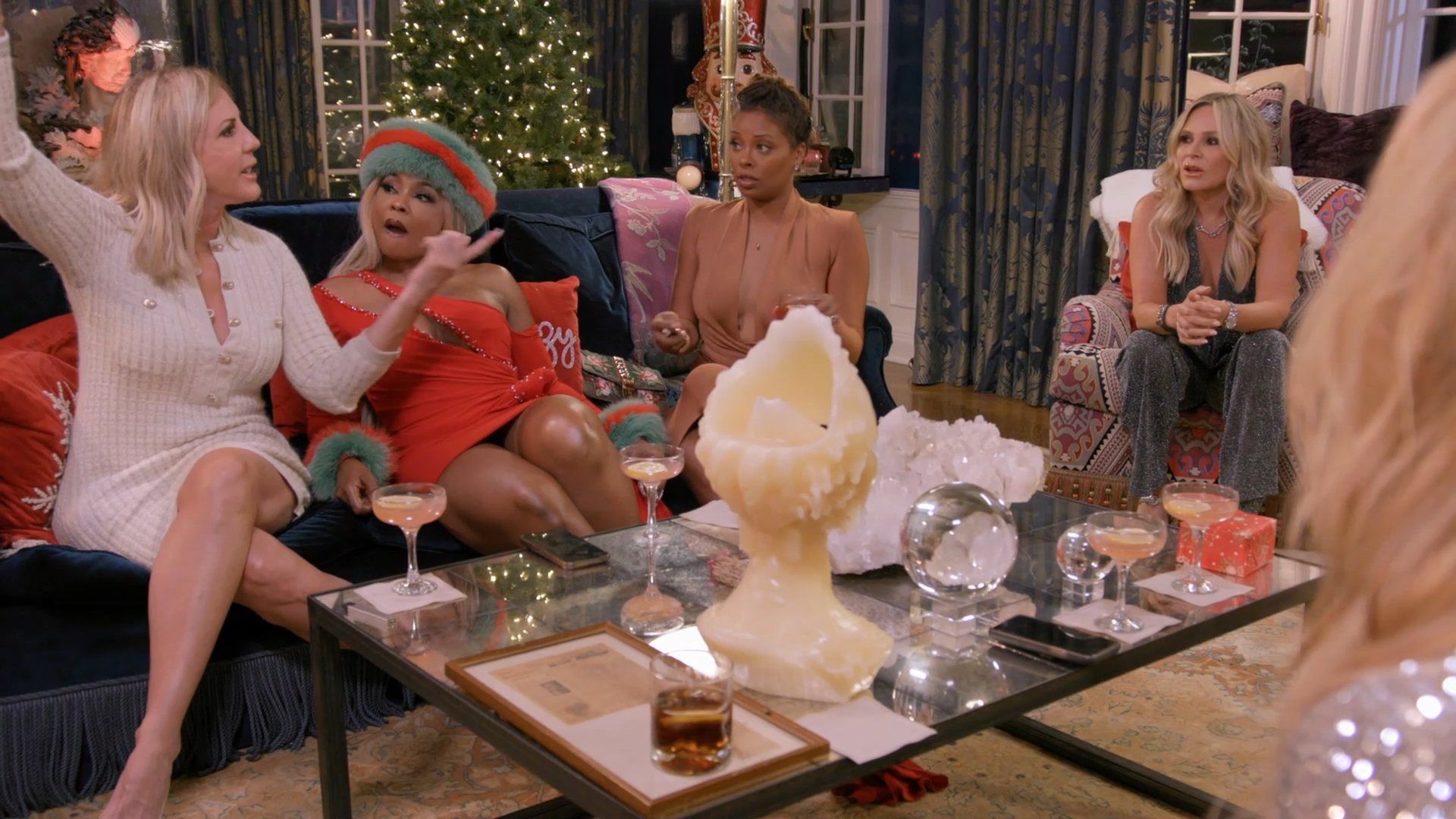 This summer, we watched Real Housewives: Ultimate Girls Trip as the drama went down at Blue Stone Manor.

Season 3 of the “all stars” style spinoff will air fairly soon, streaming on Peacock.

Reports say that Bravo has already selected the Season 4 cast, and a theme to go with them.

Let’s take a look … and start guessing which conflicts will flare up from day one.

Earlier this wee, blogger RHONJ Obsessed shared a screenshot on Instagram of an insider speaking to Bravo and Cocktails.

“I work for the product on Ultimate Girls Trip,” the source claimed.

“And the fourth season has been cast,” the insider reported, “and will film this coming January in Hong Kong.”

In addition to that, the source revealed that Season 4 will follow a gimmick.

That “theme” (not really a theme) will be “Dynamic Duos.”

Duos can take many forms, of course. So let’s see who the alleged cast members are.

Dolores Catania and Margaret Josephs hail from The Real Housewives of New Jersey.

Ashley Darby and Robyn Dixon are from The Real Housewives of Potomac.

Garcelle Beauvais and Sutton Stracke are from The Real Housewives of Beverly Hills.

That’s interesting, because Garcelle and Sutton showed up around the same time, and have won over many passionate fans.

We can see a similar dynamic with the next two members of the (alleged) Season 4 cast.

From The Real Housewives of Orange County, we have Gina Kirschenheiter and Emily Simpson.

We’re not looking at an array where everyone is a lifelong best friend.

But people have rapports with each other. Everyone will have someone to talk to.

Now, UGT is not the afterlife. It’s not a foster home for fallen Housewives.

But reports say that Season 4 could be filming in January … a time when, one would expect, RHOBH will be filming.

“Does that mean Garcelle and Sutton won’t be back for Season 13?” asked one followers. “Or will the pause be longer?”

Recently, reports have suggested that the Beverly Hills spinoff is momentarily on pause.

Despite generating a lot of buzz, production is allegedly considering how the cast should look for Season 13.

That said, it is entirely possible that Bravo might push back filming for a few weeks just to let Garcelle and Sutton film UGT. Sometimes, good things are worth the wait.

Meanwhile, we can expect Season 3 of Real Housewives: Ultimate Girls Trip to begin streaming on Peacock early next year.

Of that set, we’re most looking forward to seeing Heather Gay and Whitney Rose.

Sadly, the two had a serious falling out … so it should be interesting to see where there dynamic stands outside of Utah.

Ultimate Girls Trip was an experiment, but is clearly a success — for Peacock, but also for the franchise.

Not every Bravo fan watches every iteration of The Real Housewives. Honestly, it’s hard to find the time.

But if you watch UGT for your faves, you might find some more favorites along the way … and follow them back to their shows. Plus, the show’s pretty fun by itself.