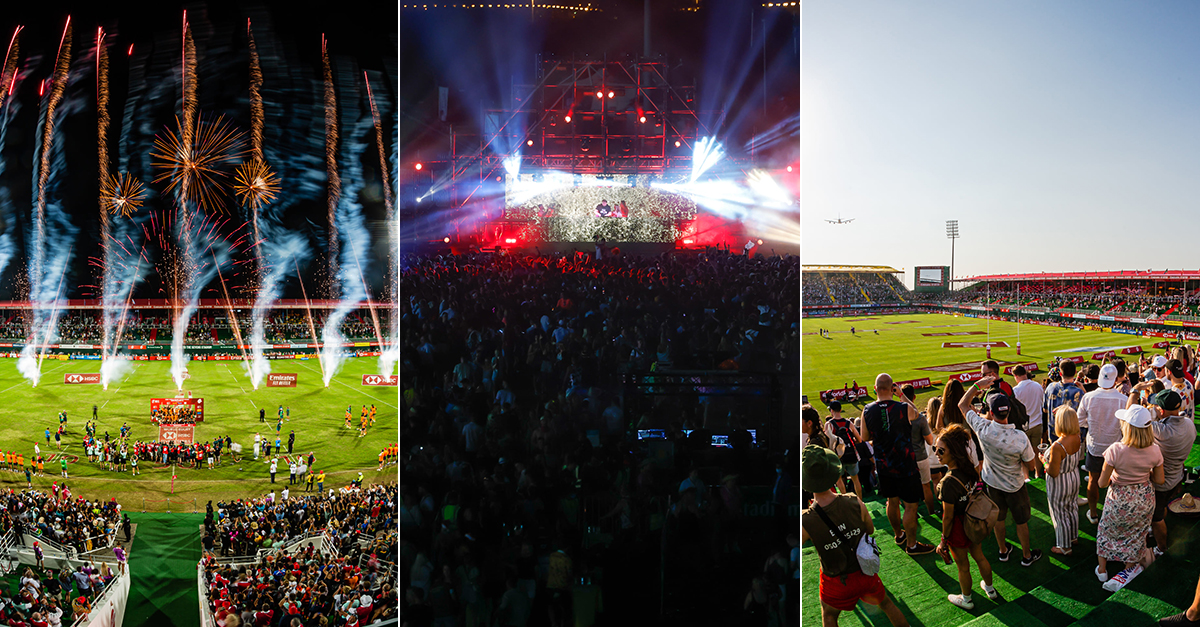 Incredible sport. Mega musical talent. Endless family fun. This epic festival weekender has something for everyone…

It’s almost time for one of Dubai’s best loved weekends, the Emirates Dubai 7s 2022, which takes place from December 1 to 3. With an epic musical line-up, plenty of family fun, and incredible fancy dress, it’s easy to forget that at the heart of this incredible festival is the sport. The HSBC World Rugby Sevens Series is the main event, and sees some of the world’s finest players descend on Dubai.

There are range of ticket options available priced from Dhs375 and available to buy here.

The men’s tournament returns to the full complement of 16 teams in 2022, and fans will wait with bated breath to see if returning champions South Africa can retain their title against returning New Zealand, resurgent Samoa and a strong Ireland side.

The schedule is here and we are beyond excited. Pool A sees the current number-one ranking 2022 Series champions Australia, alongside South Africa, Great Britain and Kenya. Competitors in Pool B include Olympic champs, Fiji, battling it out against Argentina, New Zealand and Uruguay. Next, in Pool C, we have France taking on Ireland, Spain and Uganda. Last, but certainly not least, we have Pool D where Samoa will take on the USA, Canada and Japan.

Matches for both men’s and women’s will be played across the two pitches and will kick off at 9am local time. For the full Dubai Emirates Rugby 7s 2022 schedule, click here.

Get your tickets now for Emirates Dubai 7s 2022

While yes, the event is dedicated to celebrating and cheering on our favourite teams as they battle it out for the coveted title. There is also a whole host of activities and family fun to get involved in on the day.

The Emirates Dubai 7s plays host to the invitational tournament, the largest mass-participation rugby 7s tournament in the world. This year, teams from every corner of the globe will descent on the Sevens pitches across 15 divisions of play that include international and GGC divisions of vets rugby 10s, social, and youth matches.

There will also be the fast-paced Cricket 7s open and social competitions for men, women and mixed teams. As well as netball which will see women’s social and mixed netball added to the mix of competitive and social teams for the first time this year.

New to the Rugby 7s is the taste of functional fitness with WODON3, which is an inclusive fitness competition across three divisions to push yourself: social, open and athlete. Competitors will test their fitness in all aspects from strength to power, speed and endurance.