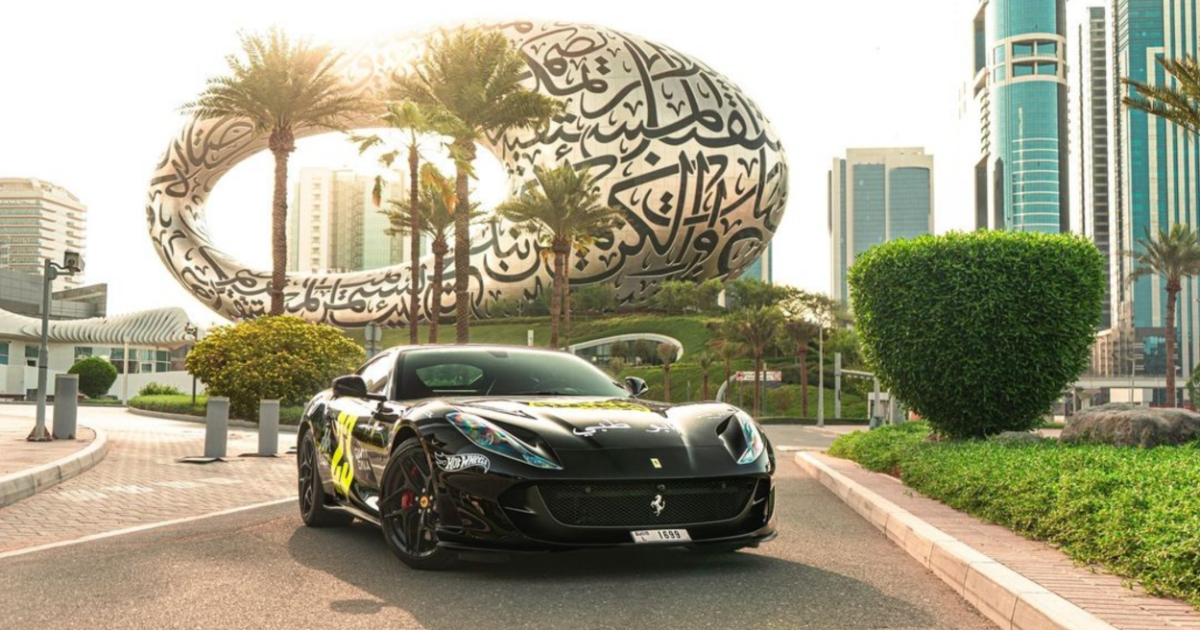 Kicking off with a free music and sports festival on Sunday…

Engines at the ready. The international A-lister motor rally, Gumball 3000, will take place in UAE and Oman for its 23rd edition from Saturday, November 12 to Sunday, November 20.

Motor enthusiasts, hit the brakes on all other plans as you will be able to attend the music and sports festival on Sunday, November 13 at Burj Park where an iconic display of 100 elite sports cars will line up throughout the day, underneath the Burj Khalifa. More than this, a line up of international DJs and a flag drop ceremony will mark the official start of the rally.

The race will start in Dubai, kicking-off celebrations from Burj Park, and will then head to Jebel Akhdar where participants will drive up mountains to stay at a luxurious 5 star resort with some of the most breathtaking views Oman has to offer. The road to the resort is usually restricted to 4x4s only, but for this event, supercars will be given exclusive access to the mountain pass.

Over the next two days, the rally will drive from Jebel Akhdar to Salalah, and along the coast from Salalah to Muscat, before arriving back in the UAE for the penultimate stop, Ras al Khaimah. Home stretch…the eight day event will end in Abu Dhabi where spectators will be able to watch the supercars cross the finish line at the W Abu Dhabi, Yas Island.

Do you have the need for speed? If you can see yourself taking part in the Gumball 3000 Middle East edition, you can register here: gumball3000.typeform.com