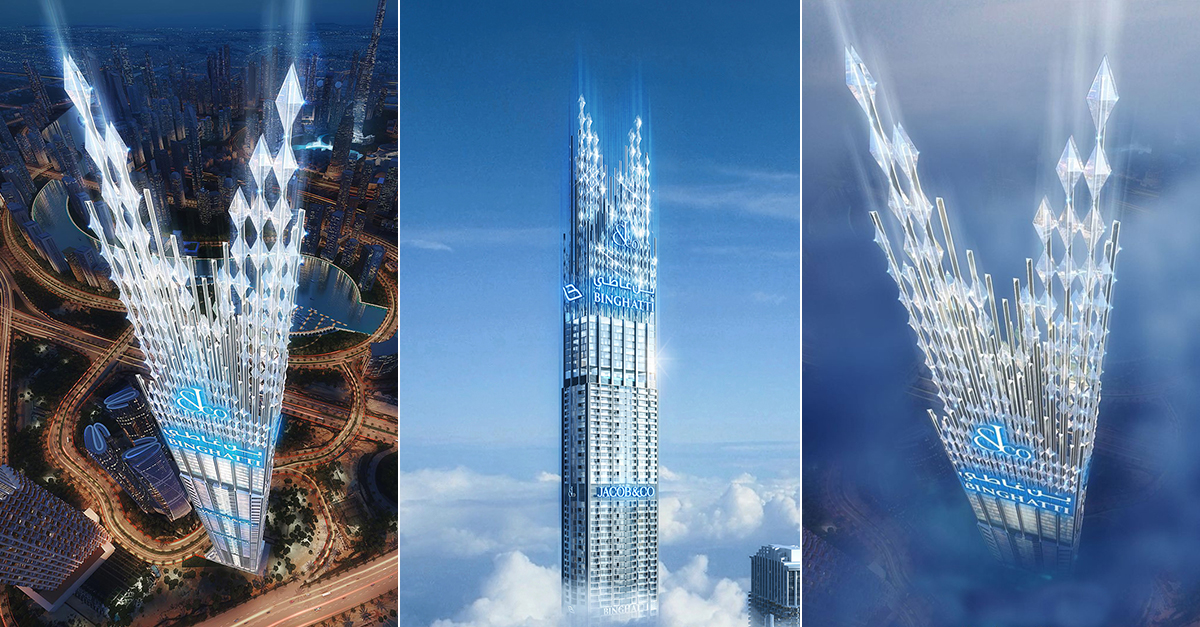 Dubai has broken several records in the architectural category and Burj Binghatti Jacob & Co Residences aims to secure the title of the world’s tallest residential tower.

The Burj Binghatti project was announced by Jacob & Co on November 9. You may know Jacob & Co from their impressive watches and jewellery – a brand that follows a strong mission statement of ‘making the impossible reality.’ A tweet from their official Twitter account says the hyper-modern skyscraper is ‘inspired by the impossible’ like all their creations.

For this project, the luxury jewellery company has partnered with Binghatti – an Emirati property development company in Dubai. It is one of the largest in the UAE for the project.

Here’s what we know about the Burj Binghatti

Since the tower is aiming to snag the title of ‘world’s tallest residential tower’, the most important information we’re looking for is the height – but this information has not been officially released yet. A Dubai property search website claims it to be 104-storey but we are waiting on an official announcement. In Dubai, currently, the tallest tower is the 101-storey Princess Tower which stands 414 meters.

The tower will be located in Business Bay and will include two and three-bedroom residences, an infinity pool, and in-house concierge services including private chefs, bodyguards, chauffeurs and chefs.

Since this collaboration includes a luxury jewellery company, we can expect the architecture to reflect a little bit of bling.

In an interview with Arabian Business, Muhammad Binghatti, CEO of Binghatti stated, ‘We took inspiration from the complex horological movements that beat in Jacob & Co timepieces and we integrated them into the key elements of the tower.’

He added that a diamond-shaped spire sits at the peak of the tower is reminiscent of an actual crown, an ornament of unique finesse inspired by the design of Jacob & Co’s finely cut gems. He added that it is a signature feature that will add further grandeur to the city’s skyline.