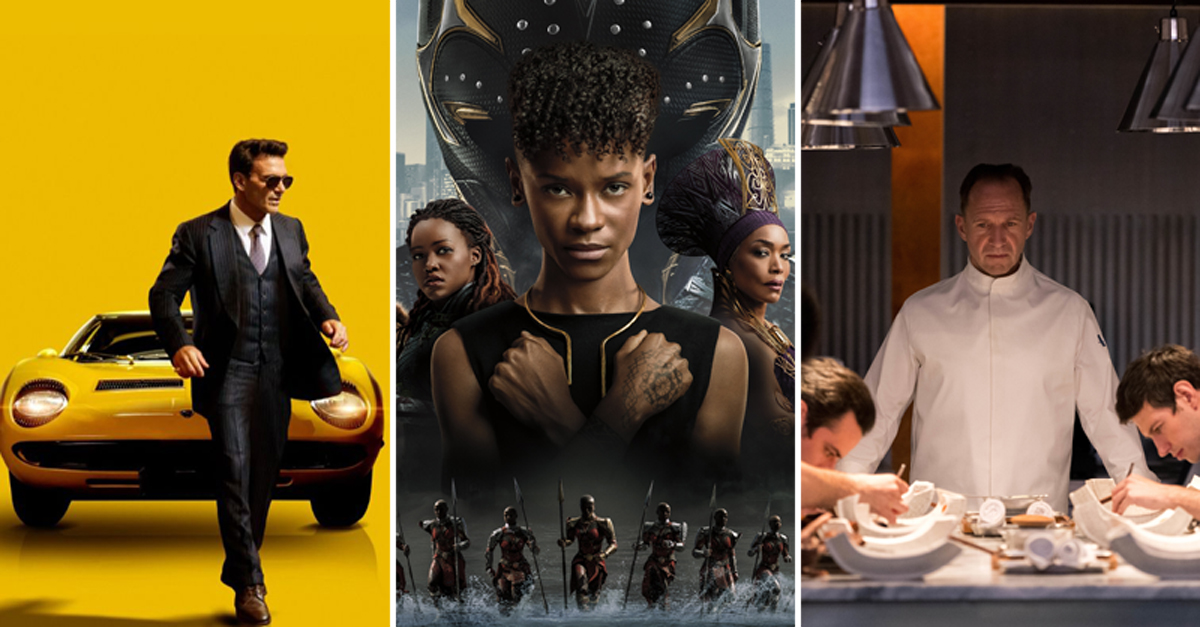 Films we weren’t emotionally prepared for…

This week is an interesting (to say the least) week for films being released. We see the very tragic sequel to Black Panther and mourn the loss of Chadwick Boseman as well as his iconic character T’challa. There is also a very interesting Ralph Fiennes film and of course, a thriller or two sprinkled in for good measure.

T’challa is gone and we mourn him. However, the world continues and we see forces coming together to intervene in Wakanda. In true Marvel fashion, there are epic battles that will ensue as a fearless hero takes on the powers at play who threaten Wakanda and its people.

A young couple travel to a remote island where they will be hosted by a chef who has prepared a lavish menu. The guests embark on a culinary journey that quickly begins to take a sinister and intense turn for the worst and Margot, one of the guests, must decide whether she will stay among the rich, or among the chefs.

After a series of awfully mysterious incidents in a live-action role-playing game experience, the game must come to a stop. The players are evacuated and staff must find out what the cause of the incidents is when they find themselves trapped in a real version of the game.

Lamborghini (The Man behind the Legend)

From tractors to one of the most iconic supercars in the world. This is the true story of how Ferruccio Lamborghini took a dream and turned it into a legendary reality. Not to mention the infamous rivalry with Enzo Ferrari. However, his passions and dream ignited emotional turmoil in his personal life, which was full of romance and tragedy. This is the story of the man behind the machine.

Previous articleAll the big family fun at this weekend’s Abu Dhabi Moments festival
Next articlePics of the week: Your best photos of the UAE