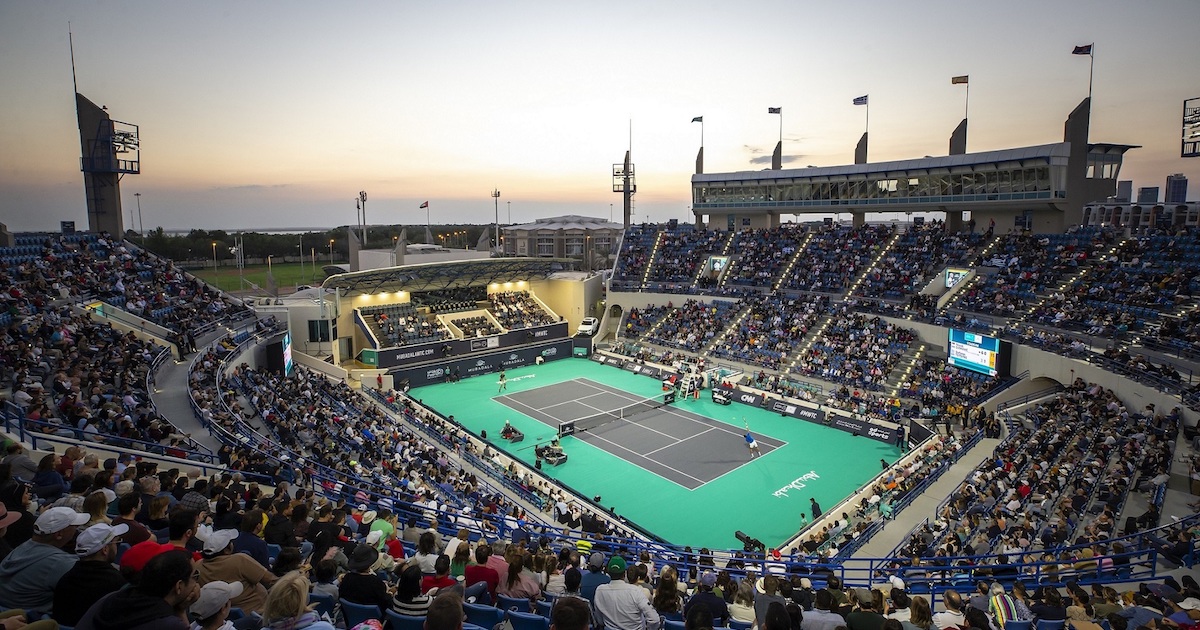 Sponsored: Court in the spotlight…

We’re now just weeks away from the Mubadala World Tennis Championship (MWTC) 2022. This, what will be the 14th edition of the coveted Abu Dhabi tournament, will take place between December 16 and 18 at Zayed Sports City, in a series of fiercely fought, top-tier tennis matches.

The last remaining tickets are available to purchase now via the mubadalawtc.com website and start at Dhs95 for adults  (on day one, from Dhs195 for day two and from Dhs295 for day three). But, like returning an overhead lob, you’ll need to move quickly — because stocks are not expected to last much longer.

In case you’re unfamiliar with how the tournament works, and what makes it a particularly special experience for fans of the sport, allow us to serve up some facts for you. It’s an invitation championship, which means each year tennis’ best, brightest and most exciting combatants are hand-selected to appear and compete for the male and female trophies.

The MWTC has seen every tennis GOAT and rising star that’s mattered, trading shots over its decorated history. And this year is no different. The event is the region’s leading tennis experience offering unrivalled access to players on and off the pitch.

Confirmed for the men’s event are current (and the youngest ever) World No.1, flat and fast all-rounder — Carlos Alcaraz, world No.4 Casper Ruud, 2022 US Open semi-finalist Frances Tiafoe and defending champion Andrey Rublev. The latest player announcement was UK No.1 Cameron Norrie whose appearance follows a nail-biting semi-final appearance at this year’s Wimbledon — there’s a reason he’s got a clean lead at top of the British male smashing order.

As in previous years, two women are also selected to compete in a thrilling clash. This time around we’ve got two of the sport’s most exciting aces facing each other on day one as the incredibly talented World No.2 Ons Jabeur returns to defend her title against US Open 2021 winner, and current UK No.1 Emma Raducanu who’ll be looking for on-court vindication after sadly having to pull out of last year’s tournament.

There is still one final name to be announced to take the male tally up to six, we have literally no idea who it is, all we would say is that MWTC does have a habit of holding back some of its most exciting communications until last.

Outside of the on-court action, visitors to MWTC can once again enjoy the volley of fun on offer at the Tennis Village. This family-friendly entertainment hub will include opportunities to see your heroes up close with player appearances; there’ll be engaging activities all in-line with the event’s commitment to promoting a healthy, active lifestyle; visitors will get an opportunity to win some amazing prizes, and the ball is firmly in your court when it comes to dining options, with a cross-court slice of delicious food truck adventures.

The full match schedule for the 2022 tournament is still pending confirmation, but the days will look like this…