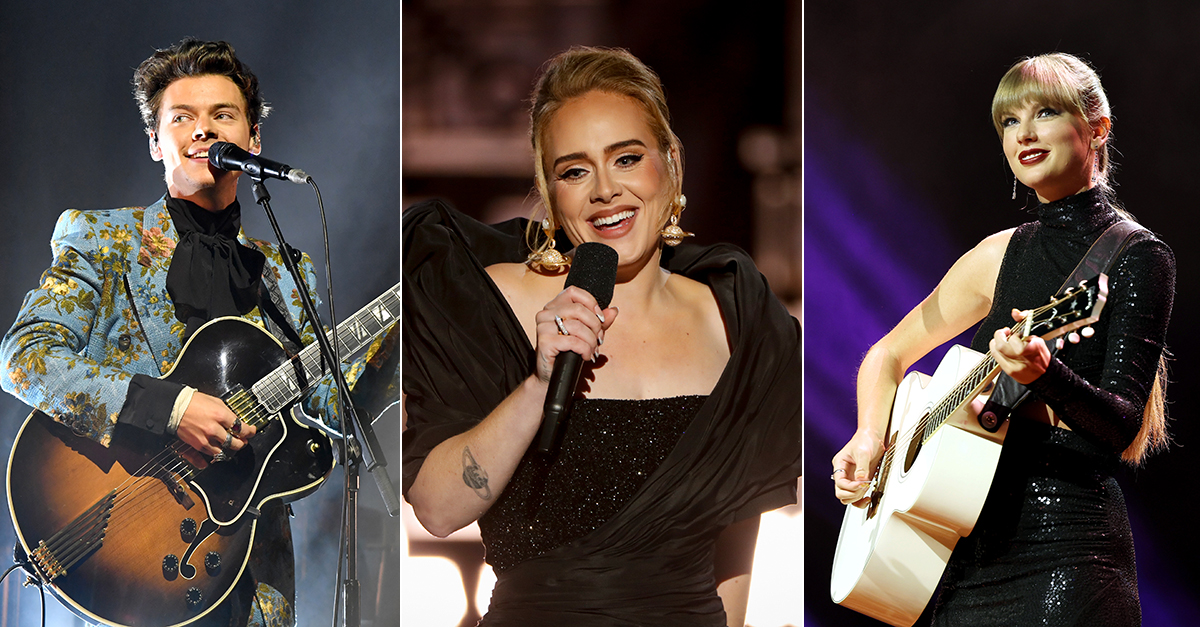 2022 was a big year in music across the UAE. From K-Pop concerts to The Script, Westlife, Wizkid and so many more, 2022 had some pretty epic gigs (with plenty yet to perform)

And we’re pretty confident 2023 will be no different, if not bigger.

Already in the line-up is the hotly anticipated popular K-pop girl group Blackpink, Sting and Tom Odell. But, who else is on their way to the country…

Beyonce has been top of my UAE concert wish list since I moved here 7 years ago. It’s been 13 years since she headlined at the Abu Dhabi Grand Prix, and if internet sources are to be believed, the Irreplaceable Queen Bey is planning to return to the stage next year for her first solo tour since 2016. So, if Beyonce decides to Run The World in 2023, I’m hopeful it means a UAE concert date.

Fresh off the back of her brand-new album Midnights, Taylor Swift is one of the hottest artists in the world at the moment, after becoming the first artist to secure all spots of the Billboard Top 10 at the same time. The meme-worthy star, who is known for her relatable lyrics and sassy references, would be a perfect choice for a UAE performance in 2023.

Thanks to festivals such as When We Were Young (which sounds an awful lot like a personal attack), 90s and 00s pop-punk is having a bit of a Renaissance at the moment — bands like Blink 182 have reformed with the original line-up, and Green Day have awoken from September slumber with renewed anarchistic sass. See mum, it was never just a phase… I’ve seen most of these acts play live already, but one group that have escaped my wristband collection is Fall Out Boy. I still remember the first time I listened through the From Under the Cork Tree album for the first time. On some epochal off-brand MP3 player, in my car. I remember thinking every track was a straight 10. Those connections to sound don’t come around often and when they do, they sear a future nostalgia deep in your soul. FOB has been a huge part of my playlists ever since.

Adele. I’ve said it before, and I will keep sounding like a broken record until it comes true. I love this English singer-songwriter so much and it’s baffling to me how she has not yet performed here in UAE. Now, I am not one to attend concerts. (In fact, if you were to ask me which was the last concert I attended, I’d have to guess it would be The Prodigy at Creamfields Abu Dhabi all the way back in 2013.) However, the second I hear of any news of Adele performing in the UAE, I’d be the first one to snatch up a front-row seat.

The last time Harry Styles performed in Dubai, the year was 2015 and the concert was One Direction headlining the Rugby Sevens. Fast forward seven years, Harry Styles is now a Hollywood actor, a style icon, and on his second solo world tour, Love on Tour (2022 – 2023). As I play Music for a Sushi Restaurant for the millionth time, I can’t help but wonder whether, if he’s travelling all the way to Australia next year, a UAE concert could be on the cards? Let’s manifest it.

Having recently released his album Love, Damini, and given the fact that he’s already on a bit of a world tour – I think it’s only fair that he heads to Dubai in 2023. We definitely won’t keep the details On The Low if he shows up and I can guarantee that Anybody who enjoys a bit of Burna Boy will say Ye to this concert. If and when we find out, I’ll be sure to send you the Location.

Having grown up in the era of Hannah Montana, my childhood dream was to live her double life: rocking out at concerts by night whilst just being the girl next door by day. Her music and style have gone through so many eras, which we have watched evolve over the years. From country pop, to hip hop and now to rock, her soulful and raspy voice brings so much power and depth to her music. Having remained a die-hard Miley fan, I would love nothing more than to see her perform her newest album Plastic Hearts right here in the UAE.