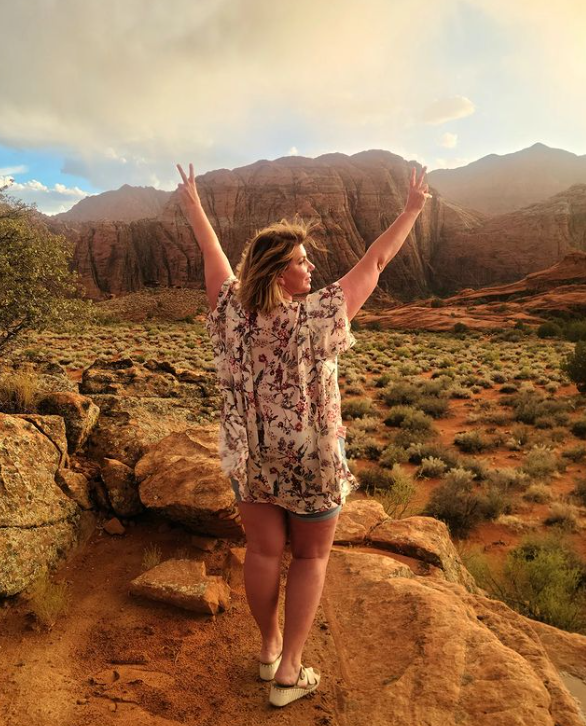 If you’ve caught any episode of Sister Wives in the past, say, decade, then you’ve probably noticed that the relationship between Meri and Kody Brown is not the best.

If you’ve watched in the past five years, then you’ve probably noticed that it’s an absolute dumpster fire of a marriage.

Things weren’t always this way — it seems like there may have been a time long ago when Kody was genuinely and deeply in love with his first wife.

They did have some issues early on in the show about Meri’s struggle with infertility.

They each went back and forth on whether or not to get medical help with conceiving essentially until it was too late for her to have another child.

But when things really fell apart, of course, was when Meri was catfished.

The family tried to focus on the catfish angle — that she was being deceived by someone and was a victim — but it’s important to remember that Meri did think she was talking to another man.

And based on some of the details that were leaked, it seemed pretty clear that she was talking to him with romantic intentions.

That’s all it was, just talking, but still, Kody felt deeply betrayed by the whole thing, and he hasn’t seen Meri in the same way since.

In the past few seasons, we’ve learned that they haven’t had sex in over a decade, he sees her as more of a friend, and he doesn’t think they’ll ever be able to have an actual marriage ever again.

He’s recently gone as far as to say that he doesn’t even consider them married anymore at all.

But despite Kody’s harsh words and horrific attitude, she’s made it clear that she’s not going anywhere.

She’s said that she still has hope that things can improve, and that she’s prayed about it and believes that God wants her to stay with Kody.

Along with a selfie she took on a plane, she wrote that she’s “Just a girl who’s excited to go home!”

“I’ve done some soul searching, accepted things that needed to be accepted, pivoted where I needed to pivot. I’ve had cheerleaders cheer for me, friends surround me with their joy, spread a little happiness and light of my own.”

“THIS is what makes me happy,” Meri insisted, “doing all the things, living this life that I’ve been blessed with to the fullest, given when and where I can, and experiencing joy!”

“This is where I thrive, this is what I will continue!” she finished.

So while this is a new message from her, it’s the same kind of thing she’s been saying for a while now.

She’s happy! She’s blessed! She doesn’t have any problems, least of all in her marriage!

If you’re looking for drama or a crumbling marriage, then look elsewhere, because you are certainly not going to find anything like that with her.

… You believe her, right?

Previous articleUpdate: The date has changed again for Lewis Capaldi’s Dubai concert
Next articlePrepare to party at this Hula party brunch at Trader Vic’s JBR