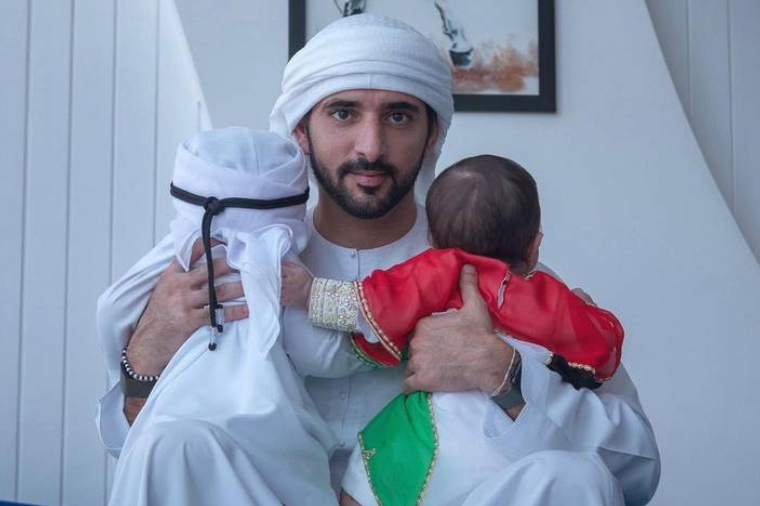 While it’s a big birthday to celebrate, Sheikh Hamdan, affectionately known as Fazza, is ensuring he’s surrounded by family, including his twins Rashid and Shaikha.

The one-and-a-half-year-old twins ensured they wished their doting dad a very big happy birthday with some balloons.

The Crown Prince then shared a couple of photos on social media of Rashid and Shaikha, who are both now walking, holding the balloons. 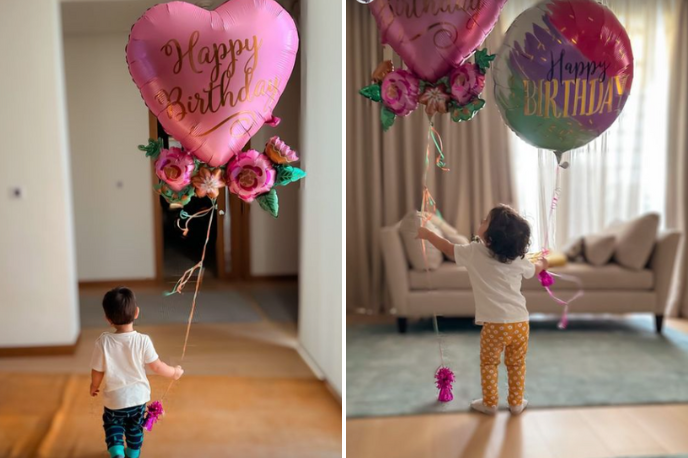 The first photo was of little Rashid holding a pink ‘Happy Birthday’ heart-shaped balloon for his father. The second photo showed Shaikha with the same balloon as well as a multicoloured circular balloon also with the words ‘Happy Birthday’.

Sheikh Hamdan became a dad for the first time in May 2021 after welcoming the twins.

The doting father shared the first image of his children a couple of days after their birth was announced, where he was seen cradling the twins in both of his arms.

“To God…Praise be to God and blessings,” he captioned the image.

Since then, the father of two has taken the twins on a number of trips with him, including to the UK where he spent the majority of the summer.

Previous articleReview: Mysk Moon Retreat in Sharjah
Next articleTaikun Dubai has a stunning new show you won’t want to miss