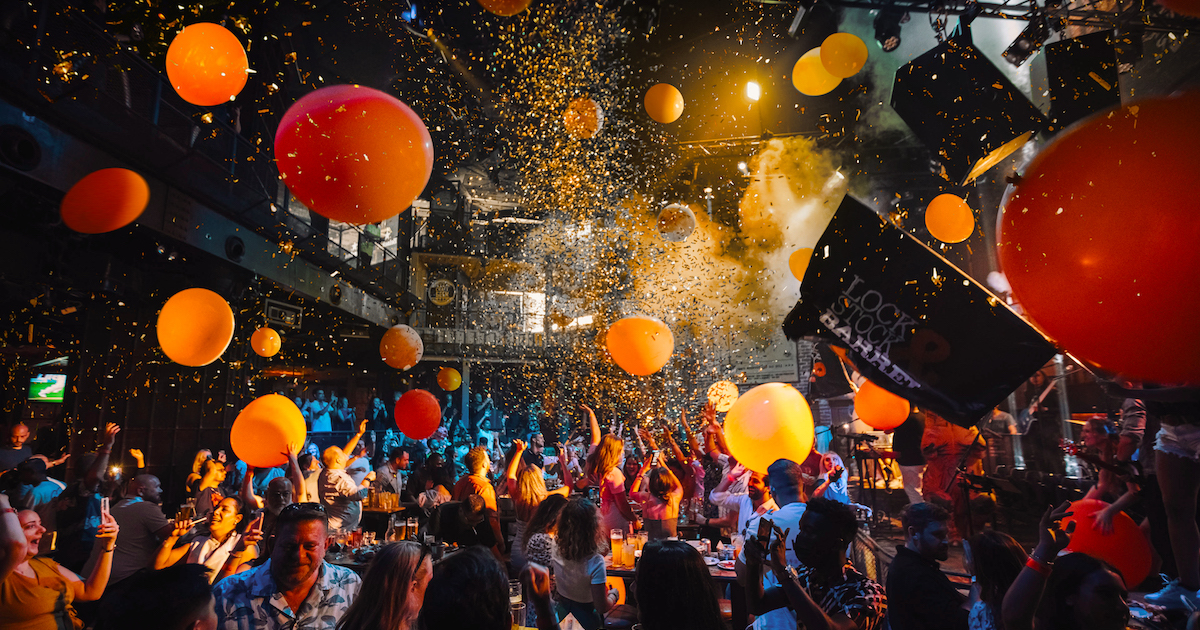 Lock, Stock & Barrel is a year-round home to epic sporting fun, so it makes sense that this Abu Dhabi legend is set to be one of the biggest and best places to be during the World Cup. Promising to be loud, wild and crammed with big game atmosphere, across the huge sporting tournament, fans can expect live music, incredible deals, and overall fantastic vibes at Lock, Stock & Barrel.

Huge projectors, screens everywhere, and festival-level partying mean that the month-long football frenzy is borderline guaranteed to score you a brilliant time. Heading up the capital’s team sheet – we have the Yas Bay venue, barely a year old — but already an MVP on Abu Dhabi’s entertainment circuit.

By now you should know the dates, but just in case they’ve slipped your mind like a knockout penalty through the keeper’s gloves —  the chase to bring home the beautiful game’s biggest prize will take place between November 20 to December 18. Regardless of who’s victorious on the pitch, every single guest of LSB can celebrate the fact that not only is entry free for all the games, there’s absolutely no minimum spend and table bookings are available for groups of six and above too.

Nope. They’re not done yet. Of course LSB will also have incredible deals and promotions on food and drink — because that’s what match winners do. There’ll be happy hour during certain games, allowing you to net 50 per cent off on selected drinks. The football fan zone furor carries on until 3am – so bring your best dancing shoes for the post match partying. Unofficial bonus points if you incorporate the Peter Crouch ‘robot’ goal celebration into your routine.

During group stages of the World Cup, they will change their opening hours, with regular timings returning after Round 16. This means you can head over to LSB from midday and stay all day, everyday.

Is it coming home? Maybe, maybe not. It is definitely coming to LSB though…

Lock, Stock and Barrel, Yas Bay, Yas Island, open daily from midday to 3am until round 16 of the World Cup. @lockstockuae