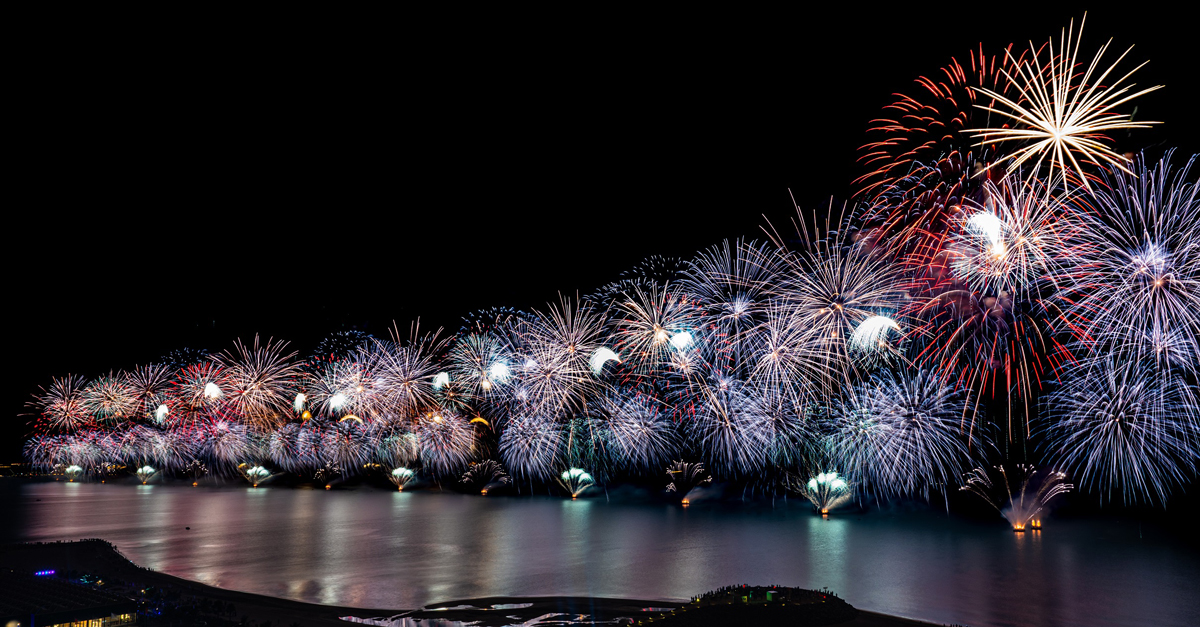 We all love sparkles in the sky…

Loved the fireworks in RAK over New Year’s Eve last year? The Ras Al Khaimah Tourism Development Authority is once again gearing up to kick off 2023 in the most spectacular way by attempting to break two Guinness World Records with a dazzling musical fireworks display.

RAKNYE2023 will be a performance that will light up the sky in a spectacular way. The display will feature a combination of pyro drones, nano lights, colours and shapes choreographed to electric beats.

It is set to cover a show-stopping four-and-a-half kilometre stretch along the waterfront between Al Marjan Island and Al Hamra Village. Visitors will not only bear witness to a jaw-dropping pyromusical but they will also be present at the breaking of two new records once again. At the moment, the titles have not yet been announced.

The fireworks in RAK already hold a number of Guinness World Records. Last year. a New Years’ pyrotechnic display took place which employed over 15,000 effects and 452 firework drones. Take a look at the sparkly action in the video below:

Residents and tourists alike can additionally enjoy a calendar jam-packed full of events and activities that will lead up to the New Year’s Eve celebrations. The events will be taking place from November 15 to December 31. For more information on the events taking place head to visitrasalkhaimah.com.

If you’re celebrating in Dubai or Abu Dhabi, there will be a number of New Year’s Eve celebrations taking place with firework displays across several popular destinations. These will be announced in due time and of course, we will share all the official information as soon as we have it.