Where to watch the National Day fireworks in Abu Dhabi 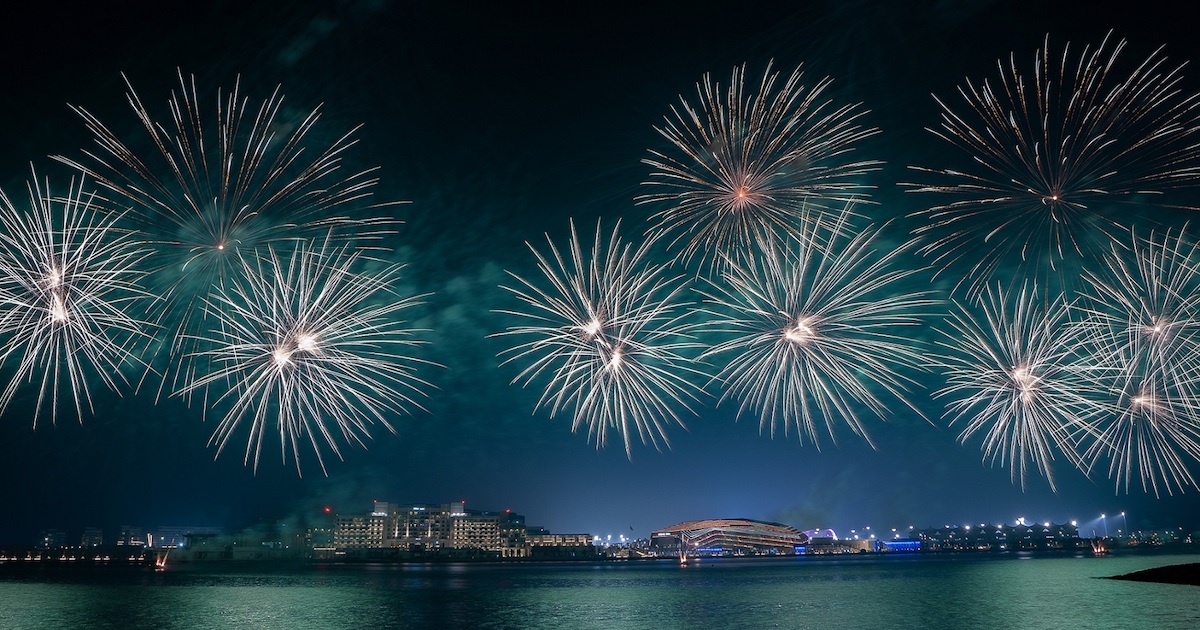 Painting the skies with fire…

It’s no secret that the UAE absolutely loves a firework display.

It often doesn’t even need much of an excuse to launch record-breaking pyrotechnic displays into low-earth-orbit. But National Day, this year the UAE is celebrating its 51st, provides an extremely good one.

We’ve rounded up all the displays confirmed so far and the ones that are extremely likely to take place.

We have had confirmation that the Al Maryah Island National Day firework display is returning this year but we’re light on details at the moment. There are usually two nights of fireworks (December 2 and 3). Expect an update as soon as we have more details.

There’s a lot going on at this Bani Yas mall and it’s all in celebration of the Spirit of the Nation. Visitors will find carnival games, arts and crafts workshops, a shop-to-win promotion (the grand raffle prize being a new Lincoln Nautilus SUV) and yep, you guessed it fireworks. The touch papers of the display will be lit at 9pm on December 2, and trust us when we say — these guys know how to sign things off with an unapologetically huge bang.

On December 2, Emirates Palace is hosting a collection of special National Day culinary adventures. There are special afternoon teas (Dhs485 for two), a family picnic in the lush gardens (from Dhs350) — the perfect spot to take in the year of the 51st Air Show, and fireworks. Hence the inclusion on this list. The best way to catch this carnival of colour is probably with the special five-course meal being hosted at Martabaan (from Dhs350), elevated food, a privileged fourth floor perch and dramatic sky fire lighting up the cosmos.

Fireworks really are part of the sky furniture at this four month long Al Wathba festival, with weekly shows taking place throughout its tenure. But their whizz-bang game goes even harder for special events, their recent NYE celebrations for example broke multiple World Records. Expect more kaleidoscopic extravagance on both December 2 and 3, this year with festivities starting at 4pm.

Ah, the old faithful. This popular pyrotechnic staging point might have a wall of tower blocks in front of it, but a) that provides plenty of awesome lofty places to view the displays from and b) those colour bursts go high, making the display visible over much of the business end of the city. This display usually starts at 9pm.

There’s usually a display in Al Dhafra too. We’re gonna guess, kick off at 9pm? On December 2.

After opening at the end of last year, Yas Bay has assumed the role of fire master in chief for the island — typically hosting one of the city’s brightest, most spectacular shows and doing it over multiple days. We’re expecting the same this year, possibly on a December 2 to 4 schedule? As soon as we can confirm, we’ll update you.