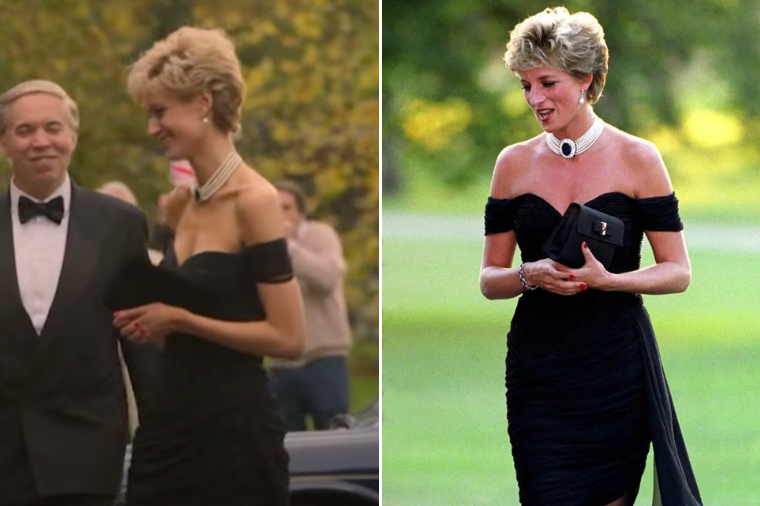 Last week, the fifth season of the hit series The Crown aired on Netflix.

As the show entered into the 1990s era of Queen Elizabeth II’s reign in the United Kingdom, the show largely centred around the very public breakdown and demise of Prince Charles and Princess Diana’s marriage.

While the storyline was as gripping as ever, it was the recreation of the many incredible outfits the late Princess Diana – played by Australian actress Elizabeth Debicki – wore that has got everyone talking.

From her iconic “revenge dress” to her chic street style to her more tailored looks, Emirates Woman takes a look at The Crown vs real-life take on Princess Diana’s fashion choices.

Perhaps the most highly anticipated fashion moment in the series was Princess Diana’s iconic “revenge dress” moment. The princess wore the black strapless dress designed by Christina Stambolian in 1994 to a Vanity Fair party in London. It was a particularly poignant moment as it was the first public appearance Diana made after her husband publicly admitted to having an affair with Camilla Parker-Bowles. 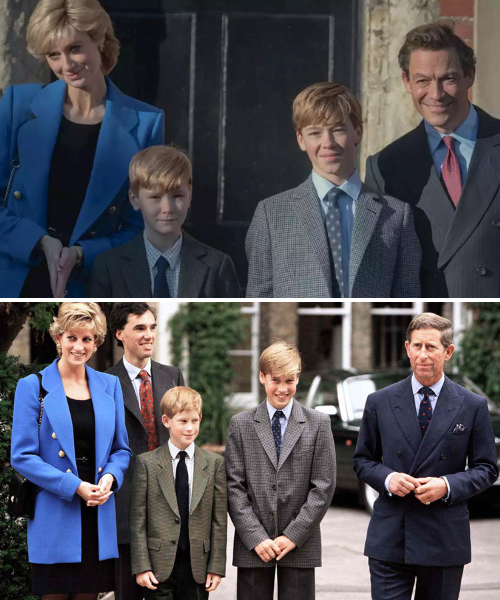 While the Prince and Princess of Wales officially separated in 1992, they continued to make public appearances together when it came to their family unit with their two sons Prince William and Prince Harry. One such moment which was recreated in The Crown was Prince William starting senior school at Eton College. Here, Princess Diana wore a simple black dress with an oversized blue blazer. 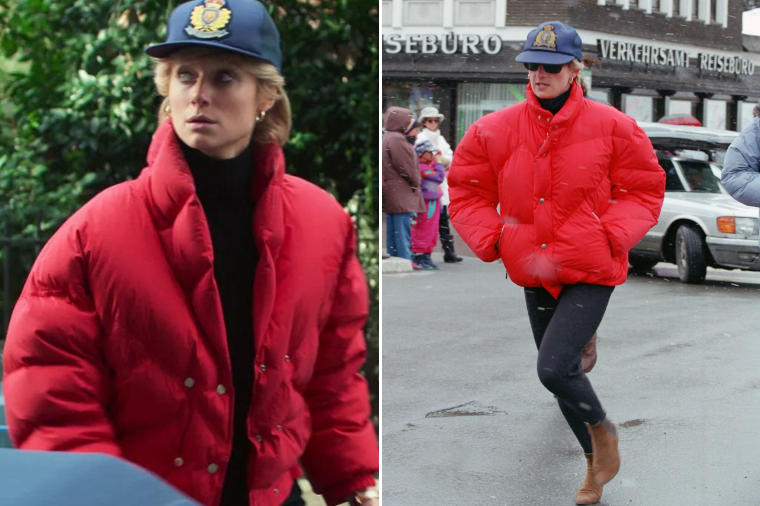 While the public was used to seeing the princess dressed in dresses and suits, she was also seen in many “off-duty” moments. One particular outfit which was created was a street-style moment where Diana wore a big red puffer jacket, baseball cap and black leggings, proving that even royals prefer to opt for comfort from time to time.

Getting down to business 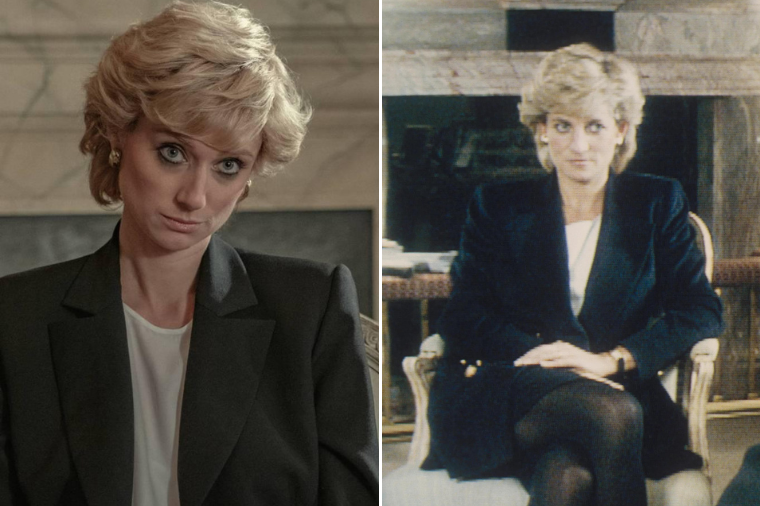 One of the most anticipated moments of this season of The Crown was the notorious Princess Diana interview with BBC current affairs show Panorama in 1995. It was in this interview that Diana uttered the famous words about her husband’s affair: “Well, there were three of us in this marriage so it was a bit crowded.” For the tell-all, Princess Diana kept it simple wearing a white top and a simple black blazer. 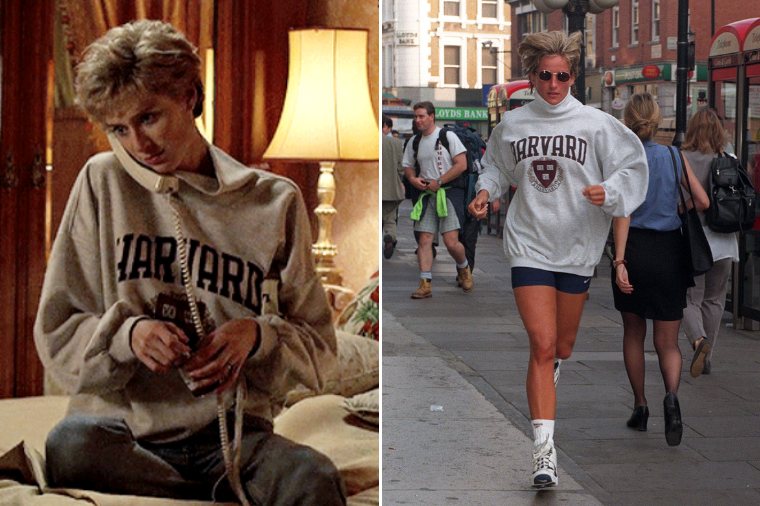 Another iconic “off-duty” outfit for Diana was her famous Harvard sweatshirt which she was photographed wearing leaving the gym in 1997. This outfit was also recreated in The Crown, albeit in a different setting.