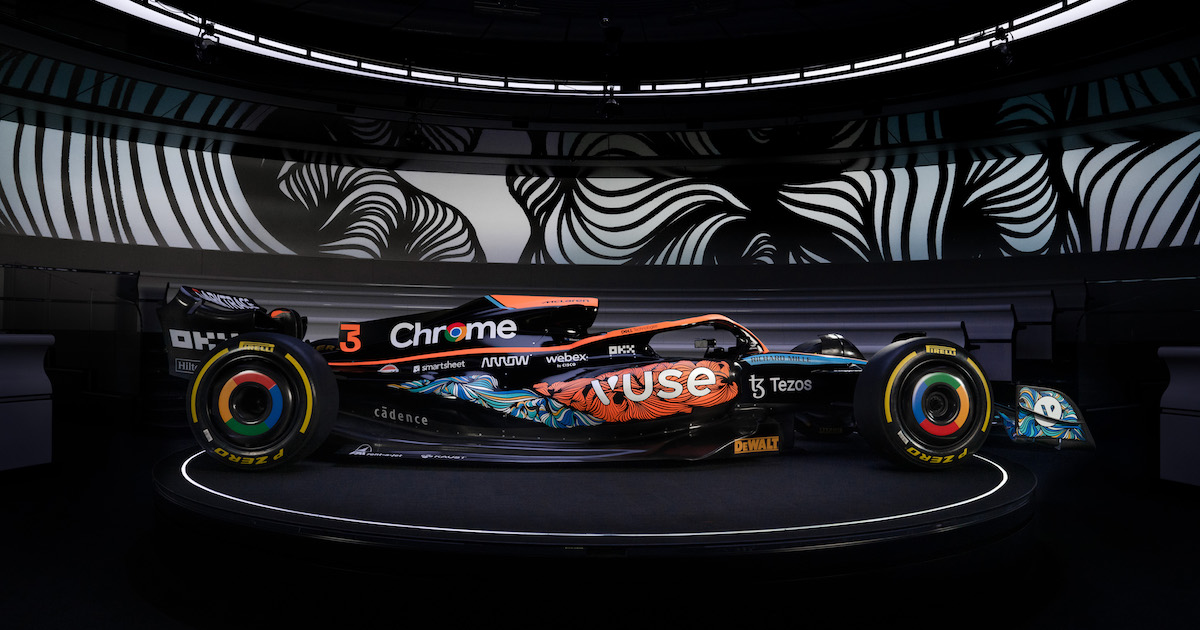 A step up from new racing stripes…

F1 cars have a profoundly dreamlike aesthetic, a soul-stirring combination of precision engineering, sleek curves and futuristic gadgets. They are quite simply a work of art.

It’s in that spirit, the elemental thrill of creating something both incredibly powerful and astoundingly beautiful, that McLaren, together with commercial partners BAT, have one again handed the keys to their work of art — the McLaren F1 car that will race in the Abu Dhabi Grand Prix this weekend — to another artist, for a reimagining of the sporting livery.

This is the second time that McLaren and BAT have challenged a local artist to redesign the cosmetic styling of their 980 horsepower, 223mph beast for the final race of the season. Launching at last year’s Abu Dhabi Grand Prix, The Driven by Change initiative seeks to promote underrepresented creatives and offer them a unique canvas, platform and the world’s attention.

2021’s artist, Rabab Tantawy has passed the figurative baton to Anna Tangles, who has created the arresting, electrically-vibrant livery set to hit the track for the 2022 race.

Talking at the unveiling of her design, UAE-based Lebanese-born artist Anna Tangles said: “As a lifelong F1 fan, I never believed that I would one day have my artwork showcased at a Grand Prix – and it’s all thanks to Driven by Change.”

“I dedicate my spare time to training and encouraging other artists, particularly other Middle Eastern female creatives, to embrace their passion and skills, and so it’s a privilege to be a part of a community that supports the same ambition of empowering underrepresented artists in this way.”

Anna said that the inspiration for her work came from letting the pen guide her on the page, and that the arching lines of the design represent “the circuit track and a sense of calm and focus not dissimilar to the zone drivers enter before and during each race.”

We can’t wait to see this four-wheeled, lightning-paced, belongs-in-a-gallery masterwork blaze around the track this weekend.