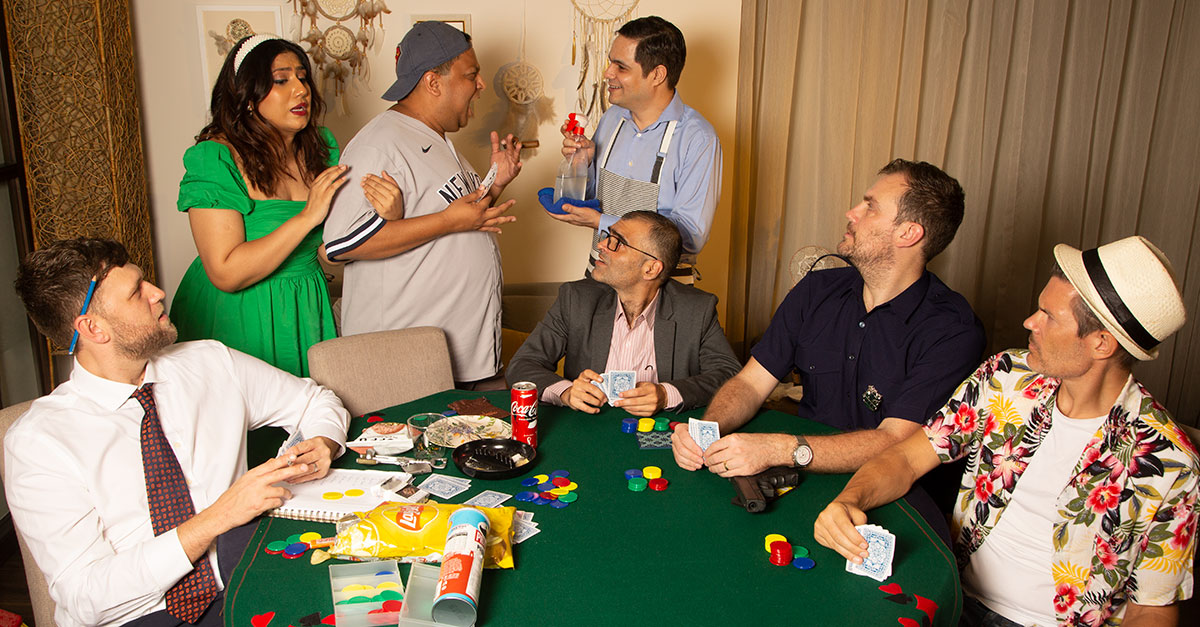 If you’re in need of some laughs after a busy week, snap up tickets for a performance of The Odd Couple at The Junction this weekend.

The Odd Couple by American playwright, Neil Simon is a comedy place about two mismatched roommates and of course, hilarity (and fights) ensue.

Presented by H72 Productions, the performance takes place from Friday, November 18 to 20, and there’s even a matinee show for you early birds. Tickets are priced at Dhs100  and are available on Platinumlist Dubai.

Here are some more details about the play…

The Odd Couple centres around two lads. Felix, who is recently separated from his wife and moves in with his bestie, Oscar, a divorced sportswriter.

Now, even though their best friends, their ideas of housekeeping, lifestyle and being emotionally attached are as different as night and day. Of course, chaos follows as Felix transforms Oscar’s messy, unsanitary, but comfortable, apartment into a sparkling clean space, driving Oscar (and even their poker buddies) crazy.

Artistic Director and Co-Founder of The Junction, Gautam Goenka stars as Oscar and said he was excited to play the role and has had a lot of fun in bringing the character to life. He joins the stage with his friend (in real life) Arjun Burman, the co-Founder of H72 Productions, who added that playing Felix is an actor’s dream. The director of the play, Satyen Chandiramani also stated that it’s been a joy creating the eclectic characters of this ‘bromance’ adding that it will be a guaranteed fun night out for the audience.

The two main actors are joined by a line-up of other award-winning actors from the local theatre.

The Odd Couple runs from Friday, November 18 to 20. The performance begins at 7.30pm on each day and there’s a matinee performance on November 20 at 2.30pm.