Things to see and do in Doha, Qatar 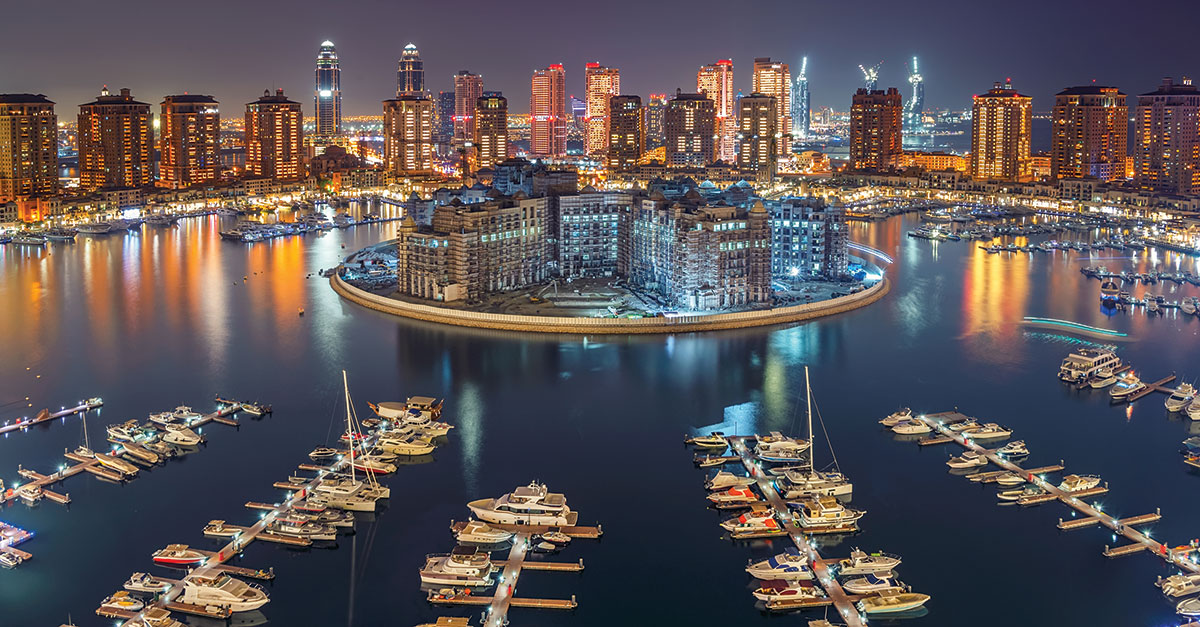 Heading to Qatar? Make sure you check out these hotspots…

The FIFA World Cup begins this Sunday, November 20 and if you’re one of the very many fans heading over to Doha, Qatar to catch a game, we’ve rounded up some top spots you may want to check out.

Qatar-based hospitality group Aura is set to add 36 new restaurants across three destinations in Doha: Lusail Boulevard, Al Maha Island and Hamad International Airport. While some will be their own homegrown concepts, others will be partnerships with world-famous brands, with a mix of both permanent and pop-up restaurants enhancing Doha’s dining scene. If you’re a seasoned Dubai diner, you’ll likely be familiar with upscale Japanese restaurant Zuma, luxurious dinner and a show concept Billionaire, sleek steakhouse Beefbar, and acclaimed French restaurant LPM. Meanwhile, Rafael Nadal’s Spanish Mediterranean restaurant Tatel, and Italian-American restaurant Carbone, are among the other international concepts set to make their mark on the Qatari capital.

Aura will also partner with renowned Mykonos beach club Nammos, which is also a highly popular Dubai hotspot, for a Doha pop-up on Al Maha Island. On the subject of beach clubs, Doha is the chosen city for the first-ever SushiSamba beach club. A permanent addition to the culinary scene within the soon-to-open Waldorf Astoria Lusail, SushiSamba Doha will feature the brand’s signature restaurant – complete with an open kitchen, cocktail bar and sushi counter – as well as a day-to-night beach experience.

Elsewhere, Dubai-based Bulldozer hospitality group will export pan-Asian venue Shanghai Me and award-winning Greek Mediterranean restaurant Gaia to Doha in time for the FIFA World Cup. Seven Management, the hospitality company behind brands including Cafe Beirut, February 30 and Seven Sisters, will bring their Amalfi Coast-inspired restaurant, Lucia’s, to the Sheraton Grand Resort Doha this season too. Slated to open on November 20, expect the same electric Dubai vibes in a brand-new city. We’re also told to expect Qatar outposts of Seven Sisters and Antika, too.

Following the success of The Ned London and The Ned NoMad New York, The Ned Doha opens in November. The member’s club and the hotel is located in the former Ministry of the Interior building, split over five storeys and will be home to seven restaurants, five of which are open to the public. The building features 90 rooms and suites, a health club and a 30-metre outdoor pool. Restaurants include Italian spot Ceccioni’s, American concept Electric Diner, Asian-Pacific eatery Kaia, outdoor poolside restaurant Malibu Kitchen, live music bar The Nickel Lounge, and Levantine garden Hadika.

Chic upscale hotel Mondrian Doha boasts a slew of top-notch dining outlets, including Dubai favourites Hudson Tavern, Smoke and Mirrors and 12 Chairs Caviar Bar, as well as Morimoto, Cut by Wolfgang Puck and funky rooftop bar Rise. Located in West Bay Lagoon, this cool hotel has a modern design, with pattern and colour purposefully clashing throughout the property. From the black spiral staircase to the monochrome pool area with warm-toned stained glass windows, there’s something interesting to see from every angle.

Although the hotel opened in October, it will officially launch in January, when guests will be able to stay and enjoy a number of its impressive facilities. Home of the first SushiSamba beach club, guests of Waldorf Astoria Lusail will enjoy the Japanese-Brazilian restaurant poolside for the first time. Additional dining options include contemporary brasserie Bywater, pool and beach Praia, Italian restaurant Scarpetta and cigar lounge The Highmore.

MDLBeast is set to present Aravia, an epic 28-day music festival in Doha for the duration of the FIFA World Cup tournament. From November 21 to December 18, 56 world-class performances will take to the stage at Qatar’s Al Rihla venue. Football fans can expect unforgettable performances nightly kicking off at the end of every match with world-class international and regional acts covering a wide variety of music genres.

Across nine days between November 22 to December 18, Daydream Festival will take over Doha Golf Club with a huge line-up of EDM DJs. Originating from Belgium, Daydream previously hosted its festival in Qatar in 2019, and has travelled to the Netherlands, Mexico, China, Spain. It will make its return to Doha during the FIFA World Cup. This year, the line-up includes some of the biggest names in electronic music, including Armin Van Buuren, Tiësto, Alesso, Dimitri Vegas & Like Mike, Alok, Timmy Trumpet, Major Lazer Soundsystem, Nervo, Jonas Blue, Paul Van Dyk, Ferry Corsten and Nicky Romero. Tickets are priced at Dhs305 for a one-day pass, while a three-day pass is Dhs930, and six-day passes are Dhs1,750. The shows will happen on Tuesday, November 22, Thursday, November 24, Saturday, November 26, Thursday, December 1, Friday, December 2, Tuesday, December 6, Saturday, December 10, Wednesday, December 14 and Sunday, December 18.

Glastonbury’s famed fire-breathing robot spider is making its way to Doha to host Arcadia, a 17-day festival taking place between November 19 and December 19 at Ras Bu Fontas, Doha. The electronic music festival will welcome huge industry names, including Meduz, Paul Van Dyk, Artbat, Claptone, Hot Since 82, Gorgon City, Maceo Plex, Art Department, Alok, Nicky Romero, Nervo, Jonas Blue, Sam Feldt, Roger Sanchez and many more across three stages. The Spider stage will be the place to see Arcadia’s 50-tonne pyrotechnic spider for yourself, while the Reactor stage will be an intimate affair and the Curve stage will show live matches with DJ sets for dancing between games. Tickets are priced at Dhs305 for a one-day pass, while a three-day pass is Dhs930, and six-day passes are Dhs1,750. The shows take place between Saturday, November 19 and Monday, December 19 on alternate dates of Daydream Festival to avoid clashes. Check out @alchemyproject for specific line-up and dates.

From November 1, the producers of Hyde Park Winter Wonderland will be taking their magical set up to Doha for the next six months. Located on Al Maha Island, the destination features 50 rides and attractions, plus the region’s first outdoor ice-skating rink experience. More details and ticket prices are available on its website.

Previous articlePics of the week: Your best photos of the UAE
Next articleUpdate: No alcohol to be served at World Cup stadiums in Qatar