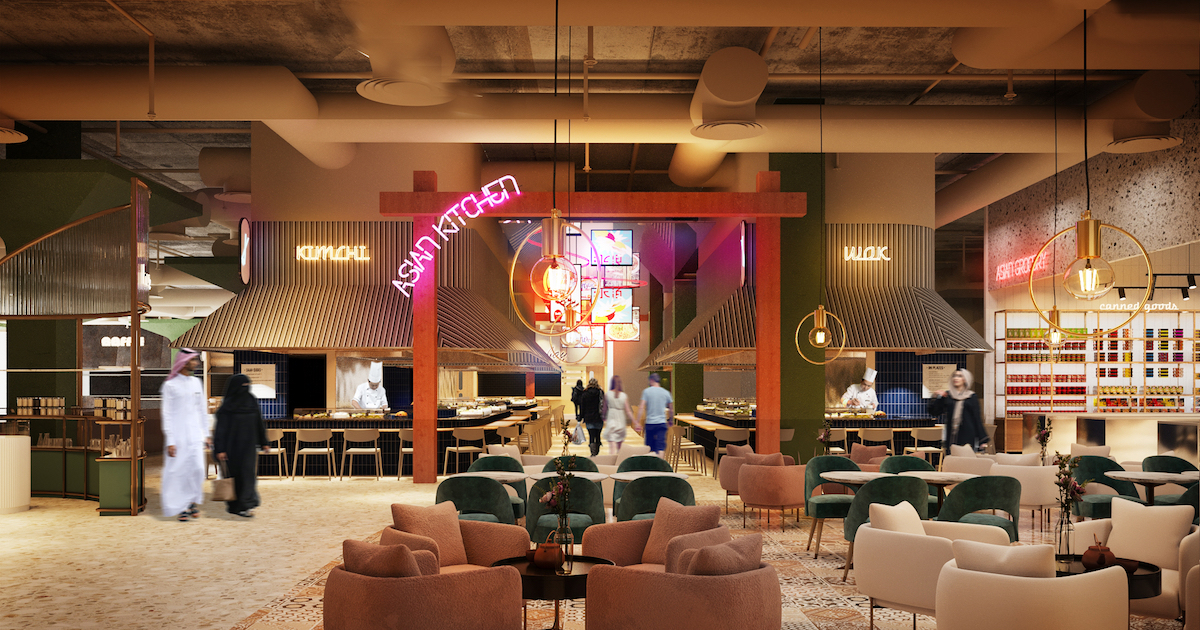 Last year we reported on a new food hall that would be coming to Yas Mall. Huna Yas is a luxury food hall, now in a ‘soft opening phase’ and offering access to 13 distinct dining experiences.

It also contains a specialty Asian market, QKO, and a ‘shared’ co-working space for those looking to escape the ‘working from home’ bubble.

It’s a concept from the mind of Mansour Bakheet, whose other UAE projects include Huna Al Wasl in the trendy community of mall of Dubai’s Jumeirah; and Huna by the Pond, a deliciously chill destination found in a quaint little corner of Al Quoz Pond Park.

Confirmed cuisine collaborators at this 3,500sqm nom-tropolis include the second outlet of Tazal, the homegrown Mediterranean x Middle Eastern restaurant that opened at Al Qana earlier this year, and scored itself a coveted Bib Gourmand (good food at accessible prices) award in the inaugural Abu Dhabi Michelin Guide.

Also on the list, is the H.H. Sheikh Hamdan bin Mohammed bin Rashid Al Maktoum, Crown Prince of Dubai-approved BB Social Dining — putting fine dining in to a well-crafted casual dining package. There’s a strong showing of cuisine from across the eastern hemisphere and the menu is playfully categorised under B headings — Baos, Bites, Bowls and BBQ.

We’re huge fans of their Japanese and Korean style baos (particularly the crispy duck, and the sesame beef); the cauliflower popcorn, edamame hummus and crispy sprouts make for excellent mezze or light bites to pair with drinks; and for something more substantial we’d lobby for your consideration of the wagyu katsu, beef pho and harissa lamb chops.

The best of the rest

Previous articleYour festive getaway is ALL wrapped up with 25 per cent off
Next article6 fun things to do in Abu Dhabi this week: Nov 21 to 24