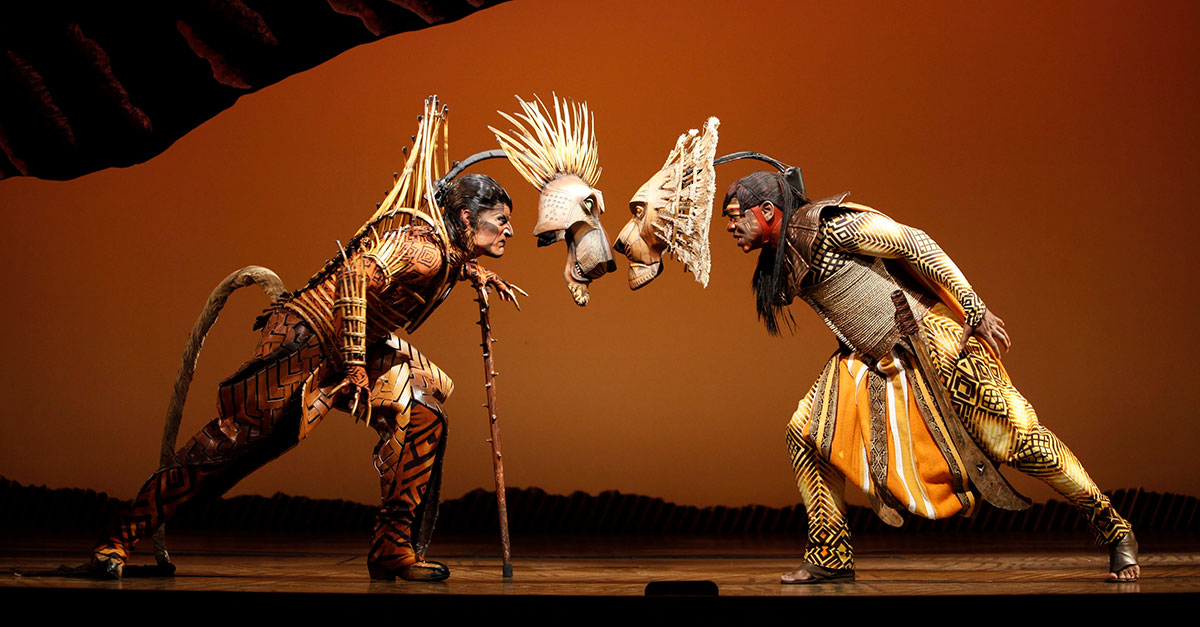 The jungle has come to the city…

One can never forget the opening scene of the 1994 animated film The Lion King, but watching it live, at The Lion King musical — it’s an even more emotionally stirring event. Rafiki, the cheeky mandrill played by the amazing Futhi Mhlongo grips the audience’s attention as soon as the curtains rise, belting out the opening lines of Circle of Life, with immaculate vocals.

Pair this with the dizzying rush of nostalgia from your childhood bubbling to the surface and you can’t help but feel the emotions and goosebumps swell up.

The Lion King musical is in town, being performed in the Middle East for the very first time, at Abu Dhabi’s Etihad Arena. Based on the 1994 Walt Disney Animation Studios’ animated feature of the same name, it is one of the world’s most popular stage musicals, running for a whopping 25 years.

The world-famous musical has snapped up more than 70 global theatrical awards. The musical is paired with stunning sets and equally enthralling costume designs that bring the jungle to life on Yas Island.

Dancers and singers in specially designed costumes portray a cast of over 400 animals, from elephants to cheetahs, birds, gazelles, giraffes and more. Think puppetry, actors on stilts, wheel mechanics and other perfectly executed elements of stagecraft. And then there are the ensemble’s costumes, masks, ballet-esque choreography, drawing the whole theatrical masterpiece together beautifully.

Audience members will be treated to all the iconic Elton John and Tim Rice musical tracks from the movie with a few bonus numbers including the equally enchanting He Lives in You – the opening track to the sequel of the movie. Positioned in the Diamond section, the audience sitting in the rows below us bobbed and swayed to each upbeat musical number. If that isn’t enough isn’t of a cue that the audience is enjoying themselves, the rapturous applause that follows each scene cements the notion.

The theatre is packed with guests of different ages and much like the animated classic, little ones will laugh with glee at the scenes with Zazu – the red-billed hornbill royal advisor and Timon the meerkat, and Pumba the warthog who really brings that comedic element to the stage. And of course, there’s the eccentric, and always charismatic Rafiki who steals the spotlight each time she is on.

While the kids may not be fans, the crass three hyenas brilliantly add their spots of dark humour to the scene and their acting, jokes, singing and dance moves had the audience cackling like… well…  hyenas. However, it’s Scar, the lead antagonist played by Anthony Lawrence that steals the crown (get it?) for the best villain. He may have petrified me when I was younger but I looked forward to his menacing presence on stage on the night. And it will be a while until we get the iconic elephant graveyard scene out of our heads.

Just like this, there are many more scenes that are pulled off flawlessly with visuals, unique set designs, dramatic music and more. Take, for example, the stampede scene which is put together perfectly with the use of visuals with set designs, effects, music and of course, the on-point actors.

If you only watch one musical in your life, we’d strongly recommend, that this should be the one, particularly if you are a fan of the animated film. The show will run on weekdays and weekends with two performances per day on Saturdays and Sundays. Prices start from Dhs200 and tickets can be purchased here.