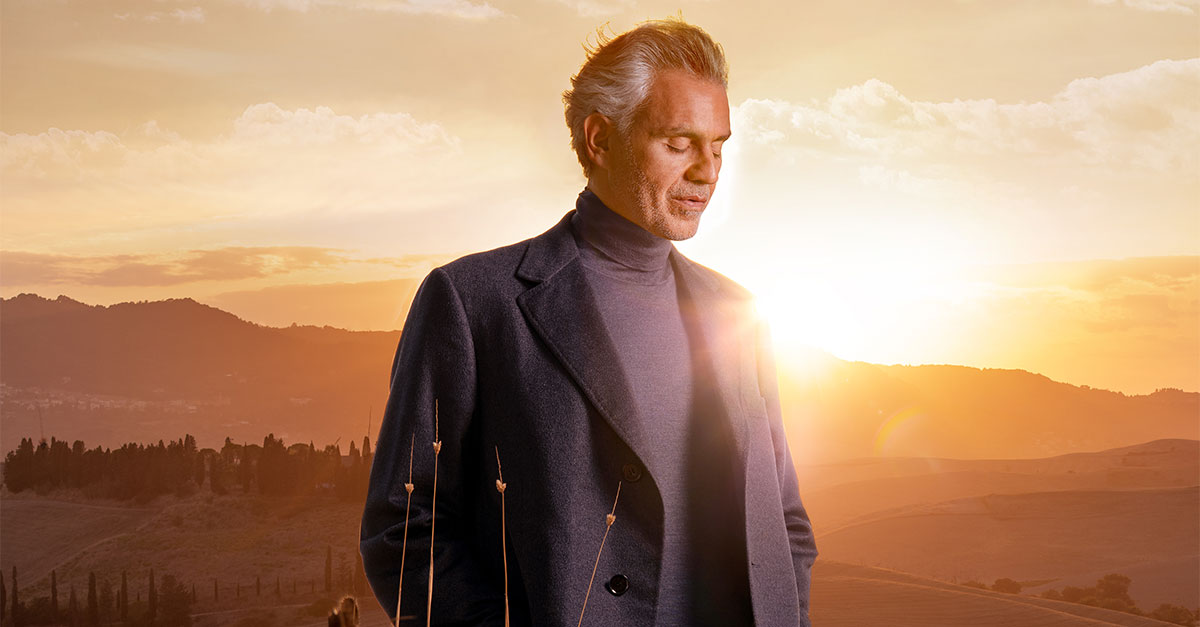 There are still tickets left…

He’s sold more than 90 million records worldwide, been nominated for six Grammy Awards and performed for some of the most famous people on the planet, and this week, Andrea Bocelli returns to the UAE. The beloved classical artist will headline a special one-off concert at Abu Dhabi’s Etihad Park on Yas Island on Thursday November 24.

Fans can expect to hear a selection of the celebrated tenor’s most iconic songs, including Time To Say Goodbye and Vivo Por Lei. We’re also hoping to hear some tracks from Bocelli’s uplifting latest album, Believe. The collection of songs feature some of his beloved timeless ballads and operatic masterpieces.

The alfresco gig, brought to you by Flash Entertainment, will come to Yas Island’s Etihad Park, the largest outdoor venue in the Middle East. November’s show will be Bocelli’s fifth performance in Abu Dhabi, although he’s also performed several times in Dubai. Speaking ahead of his show later this year, the Italian artist said “Abu Dhabi holds a very special place in my heart. I cannot wait to take to the stage at Etihad Park and perform for the people there who appreciate the beauty of classical music. It will be a memorable, momentous occasion for everyone.”

Tickets are priced from Dhs395, which will get you B Reserve tickets, while you’ll pay Dhs695 for premium, Dhs995 for VIP and Dhs1,350 for VVIP. You’ll be able to get your tickets via Ticket Master and at Virgin Megastores across the UAE.