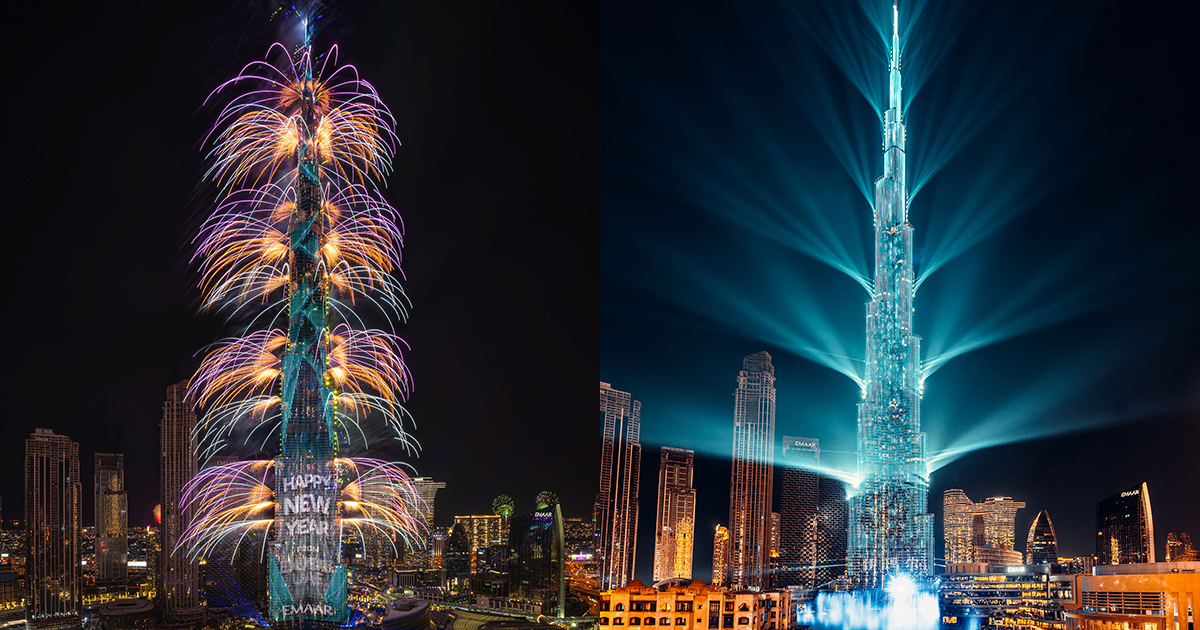 New Year’s Eve 2022 is just around the corner and Dubai will once again be alight with celebrations. Perhaps the most hotly-anticipated is the spectacular annual show at the world’s tallest building, and iconic Dubai structure, the Burj Khalifa.

Onlookers can expect a spectacular laser and firework show where the iconic structure will be completely illuminated, lighting up the night sky – bringing in 2023 with hope, harmony and happiness.

Year after the year, the celebrations at the Burj Khalifa never disappoint and it always draws in crowds from near and far. However, this year Emaar is taking it a step further announcing that there will be a record-breaking laser and firework show to bring in the new year.

According to a senior representative of the company, the Emaar New Year’s Eve celebrations aim to establish a new world record for the largest laser display. The impressive 828-metre structure will be illuminated by numerous sparkling lasers where light beams will travel the longest distance ever recorded.

The laser show will be joined by the annual fireworks display and a mesmerizing and synchronised performance by the Dubai Fountains – an integral part of the UAE’s New Years’ celebrations.

Those who are dining, partying or just viewing the display in Downtown Dubai will enjoy front-row seats to this breathtaking performance. The whole event is usually broadcasted live on television and video-sharing platforms, so if you are not heading out on the big night, you can tune in and catch the celebrations while chilling at home.

Emaar will release more details about the spectacular New Year’s Eve celebration closer to the date – so stay tuned to whatson.ae for more information.

Haven’t gotten around to making your bookings for New Year’s Eve in Dubai? Here are some great options to consider.