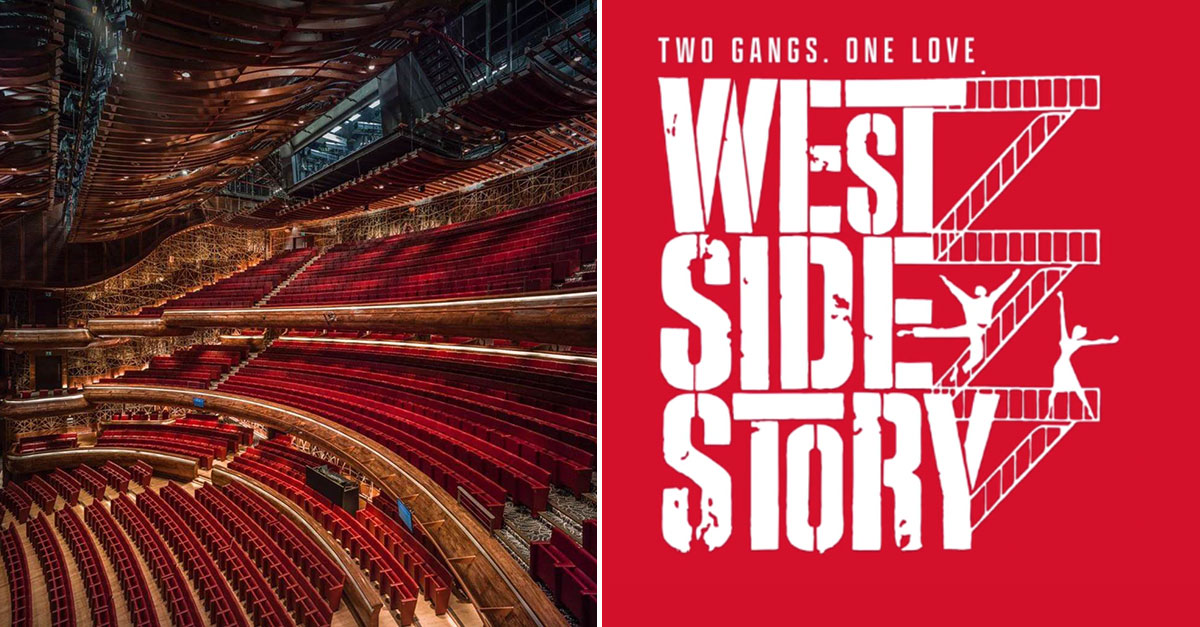 Earlier this year, Dubai Opera bought us the Chicago, The Musical and in 2021, we danced in our chairs to the musical Mamma Mia. And next year, we are going to enjoy another musical as West Side Story comes to Dubai.

West Side Story is one of the most popular American musicals of all time and it will be showcased at the Dubai Opera from Tuesday, April 25 to 30. Tickets are already on sale on the Dubai Opera website with prices starting from Dhs250.

This show at Dubai Opera is one of those rare productions that features Jerome Robbins’ original choreography. It has thrilled audiences in three continents since 2003 and has been seen by over three million people in 28 countries.

What’s West Side Story about?

The musical explores the rivalry between The Jets and the Sharks – two teenage street gangs of different ethnic backgrounds.

The Sharks (immigrants from Puerto Rico) take on the Jets (from New York) for dominance of the neighbourhood. Latinas dance to sultry Mambo rhythms in the summer heat while they dream of a better life. In the midst of all this drama, there is a great (yet tragic) love fighting to overcome all these obstacles and prejudices that stand in the way. Sound familiar? Yes, the story is indeed inspired by William Shakespeare’s play Romeo and Juliet.

Guests will be treated to music composed by Leonard Bernstein and lyrics by Stephen Sondheim. Pair this with the choreography by Jerome Robbins and this is one musical that needs to shoot to the top of your watch list.

From Tuesday, April 25 to 29, the performance begins at 8pm with matinee shows at 2pm on Saturday, April 29 and 30. The show on the closing day begins at 7.30pm. The performance lasts around two and a half hours with an intermission.

We know it’s too early to book something that’s five months away, but this show is sure to sell out so don’t wait too long to nab those seats.

Previous article12 fantastic things to do in Dubai this weekend: November 25 to 27
Next article9 places to spend New Year’s Day in Dubai