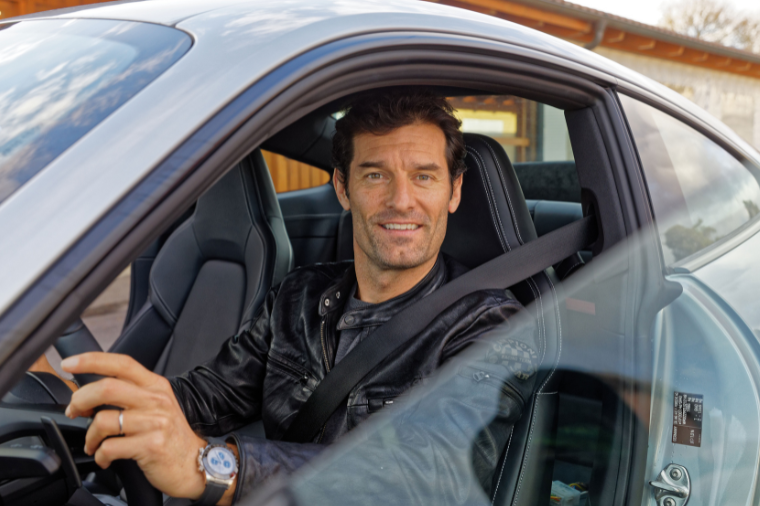 Emirates Man sat down with nine-time Grand Prix winner, FIA World Endurance Champion and Porsche ambassador Mark Webber about his career on and off the track.

How did you initially get into the sport, was being a professional F1 driver always something you wanted to do?

I first started on motorbikes, my first love was two wheels. I was very lucky to grow up in a rural area in Australia where the sport was always very important in the household, which was a blessing. When you’re that young you have no idea where you’ll reach, but it turned out that my love for my sport and Formula One was strong enough that I was able to have a career.

If you were still professionally driving now, who would be your dream team of choice and why?

I would still go back to Red Bull racing. I know everyone and they’re winning.

You racked up 9 victory wins, 42 podiums and 215 races during your time as an F1 Driver. Is there a particularly memorable moment on the track and why?

Winning the Monaco Grand Prix twice was certainly huge for me personally, and also for Australia at the time, seeing such a patriotic side of the country. Winning at that level is something you’ll never forget, and I was lucky enough to work with some incredible people and enjoy those unbelievable moments with them.

You’re keeping busy in your retirement as a Porsche ambassador, outdoor activities, and a global sports personality. Are there any other exciting projects in the works?

They take up a lot of my time which is enjoyable. I’ve been very lucky after my racing career to have a lot of different projects going on. I’m currently working in the documentary space with Noah Media Group, and we did a documentary called 14 Peaks that was on Netflix. It’s been really exciting to be involved in some of the documentaries that we’re working on right now, there are a lot of great projects in the works.

Have you attended any live F1 races this season or participated in any activities?

Yes – I’ve been to nine Grand Prix races this year but, haven’t competed in anything, my days are over in that space. I work for Channel 4 in the UK which is why I’ve been attending the races.

Did you have any role models or mentors along the way that has helped shape your path?

Outside of my father, it’s Sir Jackie Stewart who was very influential on me both privately and professionally.

Is there anywhere you particularly like visiting on the Formula 1 circuit?

We are very spoiled. Look the Abu Dhabi races are very well put together – easy, organized, clean, tidy and safe. I think the traditional ones – Silverstone, Monza, the Canadian Grand Prix is always authentic race, and of course, Australia is always very special!

What advice can you give to the next generation looking to pursue a career in professional racing?

You got to be passionate and have enthusiasm. It needs to be natural and real. You have to have those in abundance to follow your dreams and do your utmost to make that a reality. I think that you have to surround yourself with the best people you can, and have them share in that journey too. You have to make sure that you’re relentless – with your drive and enthusiasm towards achieving your goals. Average is easy, that’s why it’s popular.

What’s your view on the calibre of the circuits within the Middle East?

Abu Dhabi is now established on the calendar and the track has had some changes over the last few years to help the races. Saudi is probably the most demanding track – the fastest and most technical circuit in the region. It’s quite intimidating for the drivers – very high speed. In terms of professionalism and event execution, they’re all world-class but, I think Saudi Arabia is probably the most challenging circuit overall.

What’s the best piece of advice you have been given?

Don’t fly with the crows otherwise, you get shot down.

You’re regarded as one of our time’s most legendary F1 drivers. Did you ever feel pressure to live up to this during your glory days?

Look, I was in my professional bubble going from year to year trying to extract the best performance from myself and the team. It comes with responsibilities and expectations, and all you can do is given 100% – whether that’s physical, marketing, or commercial, everything needs to be organized and planned, with good people around you. The essence number one has to be performed and unless I’m performing, there’s nothing.

You’re in Dubai for the Icons of Porsche event, what can we expect from the event and do you spend a lot of time in the Middle East?

When Porsche involved me, I knew it was going to be world-class and it’s our second Icons of Porsche event in the region. You don’t have to be a Porsche nut to attend, it’s a family event and for everyone that loves cars. It’s a beautiful message from Porsche in the region to look at the journey that the brand has gone on with a safari component in mind. There’s 20 years of Cayenne, the regional launch of the 911 Dakar, also the Porsche GT3 RS will be here. There will be music, art, the real community spirit of the Porsche brand and it’ll be done in a very authentic way. It’ll be phenomenal.

I only tend to come to the Middle East for racing, when it comes to the events for Formula One. But the location is very convenient whether on my way from Australia to Europe or vice versa.

Previous articleJanelle Brown’s Aunt Says for Sure: My Niece is Done with Kody!
Next articleMatt Roloff: Okay, Here’s Why I Haven’t Proposed to Caryn Chander… Yet