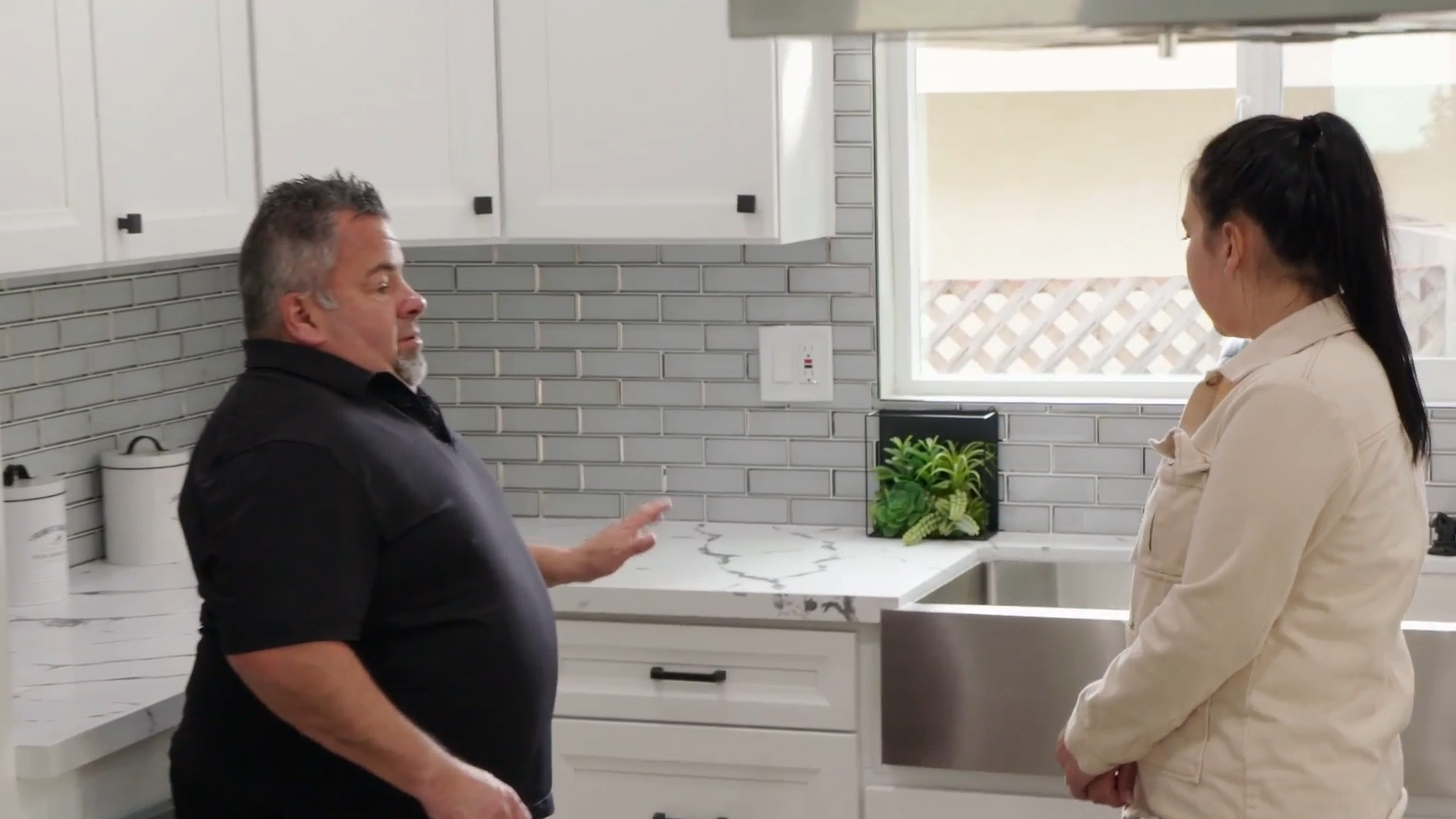 We have watched Big Ed Brown say a lot of cruel things to Liz Woods on this season of 90 Day Fiance: Happily Ever After?

But Ed is (once again) trying to convince Liz and the rest of the world that he’s changed. Therapy, soul-searching, whatever — he’s better now, he promises.

Anyone buying that? Anyone other than Liz, we mean.

On the next episode, Big Ed is just openly negging her. Not only is he insulting plenty of viewers in the process, but it’s just plain rude.

E! News learned what we will all be seeing on the Sunday, December 4 episode of 90 Day Fiance: Happily Ever After?

Tragically still engaged, they continue to contemplate a future together.

You know how some people won’t tell you anything about themselves, but others will mention their line of work without boasting?

Ed doesn’t fall into either of those categories. He immediately begins singing his own praises as an interior designer.

“I actually have a background in design and architecture,” Ed boasts. “So when I told you I was looking at mid-century, I kind of meant it.”

Ed commits an act of imagination terrorism by joking about “bathing” in the kitchen’s deep sink.

Meanwhile, he can’t help showing off to the realtor by throwing Liz under the bus.

“Design is really important to me and it’s a side of me that Liz is getting accustomed to,” Ed tells the camera.

“For example, she still calls a ‘sofa’ a ‘couch,’ which drives me nuts,” Ed complains.

Many people use those terms interchangeably. In fact, in the united states, almost all English-speakers use them as synonyms.

Why? Because, strictly speaking, a “couch” does not usually have arms or a back and is used for lying down. In other words, it refers to a piece of furniture that largely doesn’t exist anymore.

But Ed is being pedantic. And, worse, he’s doing it to belittle Liz.

It doesn’t matter if Ed is right. He should have more respect for his actual human fiancee than he does for furniture names. Ugh, especially names with French etymology.

“This could be a slider,” he says excitedly. “It could even be, like, a muted glass.”

And then he begins to ramble about how “paramount” various “design materials” are for design. Is he right? Yes. Maybe we’d even enjoy this if we liked him as a person. But we don’t.

Ed keeps going on about how he craves this “mid-century” look. Okay.

Liz, as a Millennial, has a more pragmatic approach to home ownership.

She tells him bluntly: “I’d be fine with a treehouse if I could just have a house.”

Ed finds out that the price tag on this house is just shy of $1.3 million.

He admits that it would be a “stretch” to put down a 20% deposit on such a house, but he vows to “keep looking.”

It’s unclear how much input Liz is going to get, since Ed has so clearly made up his mind.